Where to Celebrate the Fourth of July in Phoenix - Page 2

Where to Celebrate the Fourth of July in Phoenix - Page 2 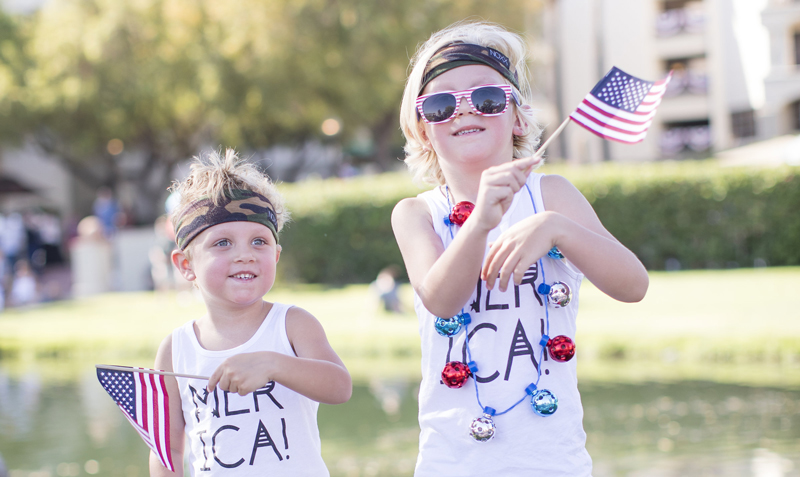 Make your Fourth festivities last all weekend long at the Princess, enjoying live concerts at night, poolside food and drinks, a Techno Glo Party and fireworks. Thursday’s activities will also include a vintage airshow featuring retired veterans flying military aircraft from World War II, Korea and Vietnam. A military parachutist from the All Veterans Parachute Team acts as the grand finale to the patriotic tribute. With six pools, two waterslides and a white sand beach, the Freedom Fest promises to be just as relaxing as it is fun-filled. A portion of proceeds from Freedom Fest will benefit Friends of Freedom, a nonprofit that supports active duty military, veterans and their families. Summer rates start at $189 for the Superhero Summer Package and at $219 for the spa package, so book your staycation now.