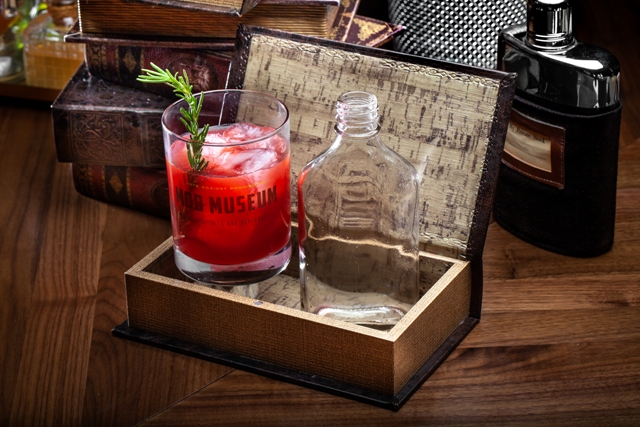 The Underground at the Mob Museum

The Underground at the Mob Museum welcomes visitors to the Prohibition era of mobsters, jazz and, of course, moonshine. The speakeasy is accessed through a basement door with a password (follow the museum’s social media accounts to get the day’s code) and features displays of flapper fashion and black-and-white imagery of the 1920’s most notorious faces. Behind one of the photos is even a top-secret room for the most mysterious sipping sesh. Even the cocktails themselves follow the Prohibition theme, with an Old Fashioned that is hidden in a vessel in an old book, and the Lock & Key, a fusion of tea, blueberries and vermouth, served in a teacup and saucer. Photo op: Less than five minutes away, the nonprofit Neon Museum’s Boneyard is a super-cool spot for checking out an ever-changing collection of defunct Vegas signage from the 1930’s to the present day.

A new addition to the lineup at Park MGM, Juniper Cocktail Lounge is home to the most extensive collection of gin in Las Vegas. The arsenal of creative, Instagram-ready cocktails features house-made juices and syrups and is served in a sexy, swanky salon. The Carnival, topped with cotton candy, and No Judging, which is crowned with a flaming bushel of mint, are two of the more theatric options, though a gin and tonic will more than please libation traditionalist. (For those who love a living legend as much as they love gin, Juniper is the perfect spot to sip before taking in a Cher show at Park Theater, mere steps away. She will take the stage during a lineup of shows in March.)