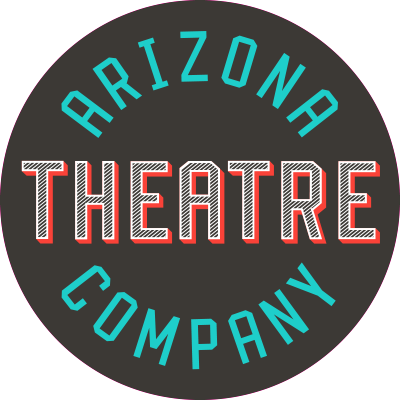 Arizona's Premier Theatre is Counting Down the Days to Opening Night

Arizona Theatre Company (ATC) unveiled its 54th Season today, including six productions in Tucson and six productions in Phoenix starting in September 2021 and running through July 2022. "To say that we're ecstatic to be back creating live, in-person theatre is an understatement," remarked The Kasser Family Artistic Director Sean Daniels. "We can't wait for the curtain to go up and for audiences to feel the thrill of a world-class play or musical."

As Arizonans emerge from this incredibly challenging year, ATC has carefully curated productions that tell stories about how we learn to heal and love each other -- stories of reemergence, rebirth, and rejuvenation. As always, ATC's audiences will experience world-class theatre about what it means to be alive today – inspiring curiosity and creativity, sparking empathy and joy – bringing all Arizonans together.

ATC's lineup includes two world premieres: Justice, a musical about Supreme Court Justices Sandra Day O'Connor and Ruth Bader Ginsburg, and how to make an American Son, a moving new play about the complexities of privilege, citizenship, and family. Audiences will be the first to see productions that begin their journey at ATC and continue to national and world tours, a strong point of pride for Arizonans.

"This is just the beginning of shows starting in Arizona before they play the rest of the world,” Daniels remarked. “how to make an American Son received funding from the National Endowment for the Arts and will go Off-Broadway after its run here. Justice already has theaters lining up to produce it. These are true examples of ATC becoming the local theatre the world pays attention to, and I'm excited for other states to see what starts in Arizona."

In his third season at ATC, where he first fell in love with theatre growing up in Mesa, Daniels brings a wealth of national and international resources and connections to his first fully programmed season on stage since joining ATC.

The 54th Season includes three plays and three musicals, five of which are written or created by female artists. Daniels will direct three performances, while the other three will feature nationally noted directors, including Kimberly Senior, who is the director of Broadway's Pulitzer Prize-winning Disgraced and will direct ATC's how to make an American Son, and Tiffany Nichole Greene, resident director of Broadway's Hamilton and director of Nina Simone: Four Women. The director of Justice will be announced shortly.

"Based on the amazing support we have seen from our subscribers and overall excitement and anticipation to attend live performances once again, we are very enthusiastic about our reopening to live stage this fall," said Arizona Theatre Company's Managing Director Geri Wright. "We have worked hard to position ourselves stronger than ever to be ready for our patrons and provide them with high-quality entertainment while contributing to their journey of life-long learning."

With opening night still months away, ATC is committed to protecting the health of its audiences, artists, and staff. The theatre will communicate information about safety requirements to ticket holders as the first show date approaches. For ticket holders who are unready to return to the theatre, all mainstage plays will be professionally recorded with three cameras on Opening Night.

Although ATC's stages have been dark, audiences nationwide have tuned in to the theatre's digital play readings for more than a year. With more than 250,000 views of its digital work and 5,000-plus students at 70 schools across the state watching, these offerings gave audiences a peek into the play-making process and provided a welcomed option when live theatre was not possible. In addition to its mainstage productions, ATC will continue to provide digital play readings and access points throughout the coming season.

"Part of this new chapter for ATC is a focus on lifting up local voices,” Daniels said. “This last year, we hired local legend Chanel Bragg to become our Associate Artistic Director and presented our month-long salute to Tucson playwright Elaine Romero. That type of home state love will continue as this season showcases local designers Connie Furr, William Kirkham, and Kish Finnegan; local music director Alan Plado; and local actors Seth Tucker, Chanel Bragg, Veronika Duerr, Cyndii Johnson, Lena Quach, and so many more. Part of being the state theatre is showing that the best in the country want to come work here – and also live here."

"Live theatre reminds us that we are not alone," Daniels continued, adding that research shows that audience members' heartbeats are synchronized when attending live theatre. "Theatre is more than what's on stage; it's the powerful engagement one feels from the audience as a whole – a truly shared experience at a time when we have all been separated for too long."

New subscriptions will go on sale to the public on June 1 and single tickets in the fall.  Both can be purchased at www.arizonatheatre.org or by emailing  This e-mail address is being protected from spambots. You need JavaScript enabled to view it . Subscriptions alone do not cover the cost of our world-class productions, which are only possible through the generosity of our supporters. To make a donation, visit www.arizonatheatre.org/give.

Book and Lyrics by Christian Duhamel, Music and Lyrics by Ed Bell, Conceived and Performed by Charissa Bertels | Directed by Sean Daniels

What happens when a 20-something Broadway baby meets a Shakespeare- and Schubert-loving octogenarian? Much to their surprise, a friendship blossoms. A delightful award-winning musical about the magic that happens when we throw aside our fears and cross-generational barriers. Based on the true story of Broadway performer Charissa Bertels, and winner of the Kleban Award for best new libretto, My 80-Year-Old Boyfriend is a loving musical tale about a most unlikely pair discovering themselves as well as each other. This show will be going on tour after playing in Arizona. Be the first to see it at ATC!

"This is a master class in how to put on a show worth seeing. There is surely no one who wouldn't enjoy this absolutely lovely story of a beautiful friendship, presented with humor, love, and Broadway-level entertainment." – Nashua Telegraph

From the pen of the writer of last Season's hit Silent Sky, and America's most produced playwright, comes this charming and cleverly imagined sequel to Pride and Prejudice. It is two years later, and the Bennet family gathers at Pemberley to celebrate Christmas together. Unlike her witty and vibrant sisters, Mary Bennet is unmarried, nerdy, and growing tired of her role as the obedient middle sister. But an unexpected guest gives Mary the boost she needs to embrace her independence and find true love. Miss Bennet is an energetic, witty, and romantic holiday comedy about family, awkward nerd love, and personal transformation that will delight and enchant Jane Austen aficionados and newcomers alike.

"Highly entertaining and warm-spirited work, the kind of thing multiple generations can enjoy together." – Chicago Tribune

Liz's best friends want her to be happy, but the dentist she's smitten with is just plain creepy. And they can't help but wonder if he may be a serial killer. When he is linked to a mysterious disappearance, they turn their book club into a mash-up of Nancy Drew, Murder She Wrote, and Sex and the City. This hilarious comedy reminds us about the value of friendship and the potential value of trading in wine glasses for spy glasses when the mid-life crisis just isn't your speed.

A face-to-face musical evening with the fiery genius, activist, and musician that is Nina Simone. Following the 1963 bombing by the Ku Klux Klan at the 16th Street Baptist Church in Birmingham, Alabama, she rocked the nation with "Four Women," her tribute in song to the four little girls lost in the tragedy. Infused with traditional hymns along with her own songs and covers, Nina Simone: Four Women imagines a conversation between Simone and three African-American women from various backgrounds and experiences and their fight to overcome second-class status, racism, and the stereotypes that seek to define them.

"A remarkable show in many ways — it is totally different from any revue you ever saw and … it catches one of the great thinkers, activists, and musicians of the 20th century as she surely was feeling in that given moment in time." – Chicago Tribune

It is 1993, and Ruth Bader Ginsburg has just joined the United States Supreme Court; the first and only other woman there, Sandra Day O'Connor, is ready to welcome her and get to work. In an intimate, epic three-person new musical built of sweeping songs, urgent conversations about equality, and truly human heroines, we come to know these two iconic justices at the height of their power. Through a third character, Regina, rising through the ranks of the law, we discover how O'Connor and Ginsberg inspire, challenge, and propel the next generation of changemakers and trailblazers in American jurisprudence. Ruth, Sandra, and Regina confront each other about equal justice under the law, strategy, civil rights, husbands, kids, dreams, sorrows, and how to set a new course for our country and the world.

how to make an American Son

In association with Rattlestick Playwrights Theater

A moving new play about the complexities of privilege, citizenship, and the most complex relationship of all: family. A "Model Immigrant" and business mogul, Honduran-born Mando's cleaning empire is bracing for a downturn at the exact same moment when he must rein in his over-privileged American son Orlando. In the wake of a personal crisis, Orlando suddenly finds himself responsible for the fate of a treasured undocumented worker and the future of his father's entire enterprise. What happens when the promise of the American Dream collides with the reality of immigration and family?

Authored by christopher oscar peña, the new Artistic Associate at Arizona Theatre Company, this play, after having its world premiere, will go to Off-Broadway in collaboration with Rattlestick Playwrights Theater. "I wrote this play because immigrants were sold the idea of the American Dream," peña said. "I was thinking of my father and how incredible he is. What he's done, his accomplishments in this country in the face of insurmountable odds to survive. I wrote this because, in many ways, it's a love letter to him."

Two previously announced shows, The Legend of Georgia McBride by Matthew Lopez and Pru Payne by Steven Drukman, will appear in the 2022/2023 season.