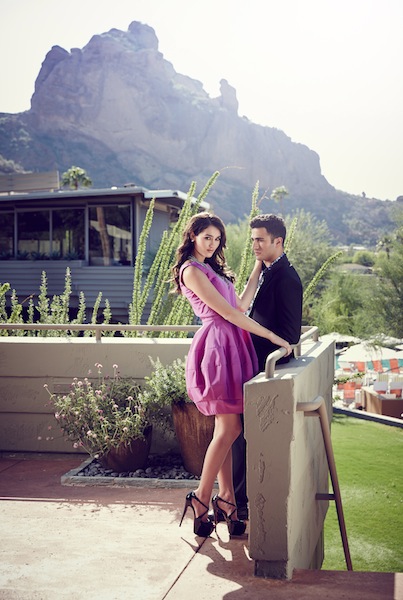 October 22, 2014 (Scottsdale, AZ) – Arizona Foothills, the Valley’s number one authority on luxury lifestyle, is pleased to announce new growth for the 2015 calendar year including a new look and design for Arizona Foothills Magazine along with an increased page count. The publication will also be adding a thirteenth magazine edition to their print plan in 2015. The tourism-focused edition InArizona will showcase Arizona’s crème de la crème, targeting Arizona visitors for the 2015 winter season and beyond. Arizona Foothills will also be rolling out an all new web component of InArizona on AZFoothills.com which is one of the top 10,000 most visited website in the United States. Print publication subscribers and online readers will be able to access InArizona to learn where to go and what to do surrounding the 2015 Valley event season including Barrett-Jackson Collector Car Auction, Pro Bowl, Super Bowl, Waste Management Phoenix Open, Spring Training and more.

The InArizona print publication distribution will premiere on January 12, 2015 just in time for some of the Nation’s largest and most publicized events taking place right in the Valley of the Sun. More than fifty thousand copies will be available at the Valley’s top luxury resorts, Sky Harbor airport, and Arizona CVBs. InArizona will also be placed at the Valley’s most attended events, most notably Taste NFL who has chosen AZ Foothills as official media partner for the Super Bowl XLIX event along with NBC television who will broadcast the game. In addition, the magazine will be at the Barrett Jackson VIP Women’s Lounge, Phoenix Open VIP Skyboxes and Suites along with a host of other prestigious events. Editorial content within the book will feature elite experiences as chosen by Arizona Foothills tastemakers as well as an “Ideal Day” in the Valley as told by prominent Valley residents. InArizona features will cover content for every palette and predilection from dining and nightlife to resorts and spas to shopping and adventures.

The InArizona micro site, hosted on AZFoothills.com, which sees more than 200,000 unique visitors per month, will target visitors and contain the same editorial content as the print publication. The micro site will launch on January12, 2015 along with the print publication and will remain live online for the entire 2015 calendar year allowing AZFoothills.com to provide more reader service to its primarily elite and affluent tourism driven demographic. AZFoothills.com is ranked on page one for many commonly Googled tourism search terms including “restaurants in Arizona, “best of Arizona”, “best shops in Arizona”, and “best shopping in Phoenix”. InArizona content will be shared through AZ Foothills social media platforms like Instagram where @AZFoothills ranks number one among all media outlets in Arizona with more than 100,000 followers along with Facebook where Arizona Foothills Magazine reaches more than 37,000 fans and Twitter where @AZFoothillsMag, @AZFoothillsFood, @AZFoothillsFit, @BestOfOurValley, and @LuxuryStays broadcasts to more than 70,000 followers.

“The print publication portion of the Arizona Foothills brand is seeing a dramatic increase in revenue and page count. Arizona Foothills Magazine was developed more than 18 years ago to target the most affluent homes in the Valley and remains to be the most effective way for high-end advertisers to reach this very desirable target market!  We have just added additional staff and Arizona Foothills Magazine will premiere a new look and design this November,” states Michael Dee, AZ Foothills President and Publisher. The AZFoothills.com founder continued to say, “ We are thrilled to add InArizona as our thirteenth edition in 2015. The new issue will emulate the style, substance and sophistication AZ Foothills is known for and we are excited to share that with the millions of people who will be visiting our community in the coming year”.

Scottsdale-based Media That Deelivers, Inc. (www.mediathatdeelivers.com) is a leading luxury magazine publisher that produces many titles in its luxury collection of magazines, including the monthly Arizona Foothills Magazine, Arizona Foothills Tucson Online. The company also publishes an array of custom products for world-renowned organizations like the The Westin Kierland and JW Marriott Resorts.