April 27, 2017 – Travelers along the I-10 highway between California and Arizona can expect a lot more style, substance, and sophistication on their route over the next twenty-four months. AZ Foothills, the Valley’s #1 authority on luxury lifestyle, recently placed a massive billboard along the interstate, currently broadcasting the publications annual Summer Escapes promotion to Valley visitors and summer staycationers. AZ Foothills Summer Escapes campaign directs locals and visitors to the best resorts in Arizona, outlining specials, amenities and more. The 12’x40’ roadside sign located at Mile Post 17 on I-10 facing west for eastbound traffic will be seen by approximately 25,000 cars per day totaling more than 18 million impressions over the next two years. Even nighttime travelers will see the AZ Foothills messaging with lights that run from dusk till dawn daily.

AZ Foothills Summer Escapes promos will also be seen by hundreds of daily shoppers on Scottsdale Quarter displays as well as screens at Valley and Tucson cinemas in front of more than 56,000 monthly moviegoers. After two decades of success, AZ Foothills continues to deliver on its promise to be "more than a magazine" and consistently dominates as the leading media company in Arizona. AZ Foothills reaches some of the most desirable demographics in the state with a primarily affluent female audience between the ages of 25 - 54. Online, AZFoothills.com is one of the top ten thousand most visited websites in the US with more than 3.8 million monthly views. On social media AZ Foothills also remains #1 with more than 450,000 followers combined, far surpassing any other media company in the state. 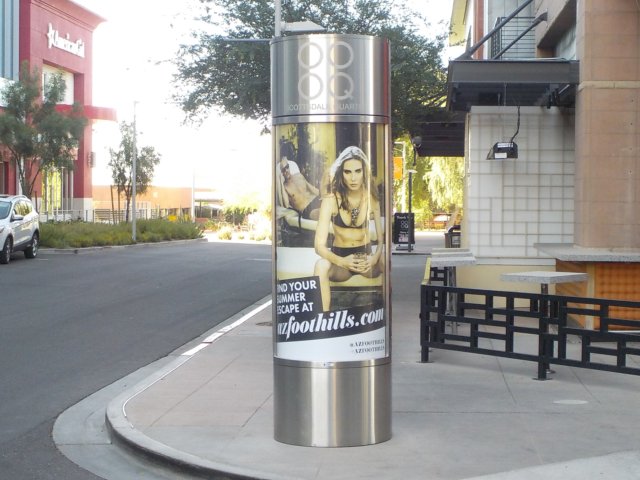 “We want to remind not only residents, but people passing through and heading to Arizona, to stay for a while this summer. Azfoothills.com will receive millions of impressions during the Summer Escapes campaign,” said AZ Foothills President and Publisher Michael Dee. “We will own this billboard space for 24 months to ensure we continue to grow our audience and remind our base that we are more than a magazine,” he concluded.