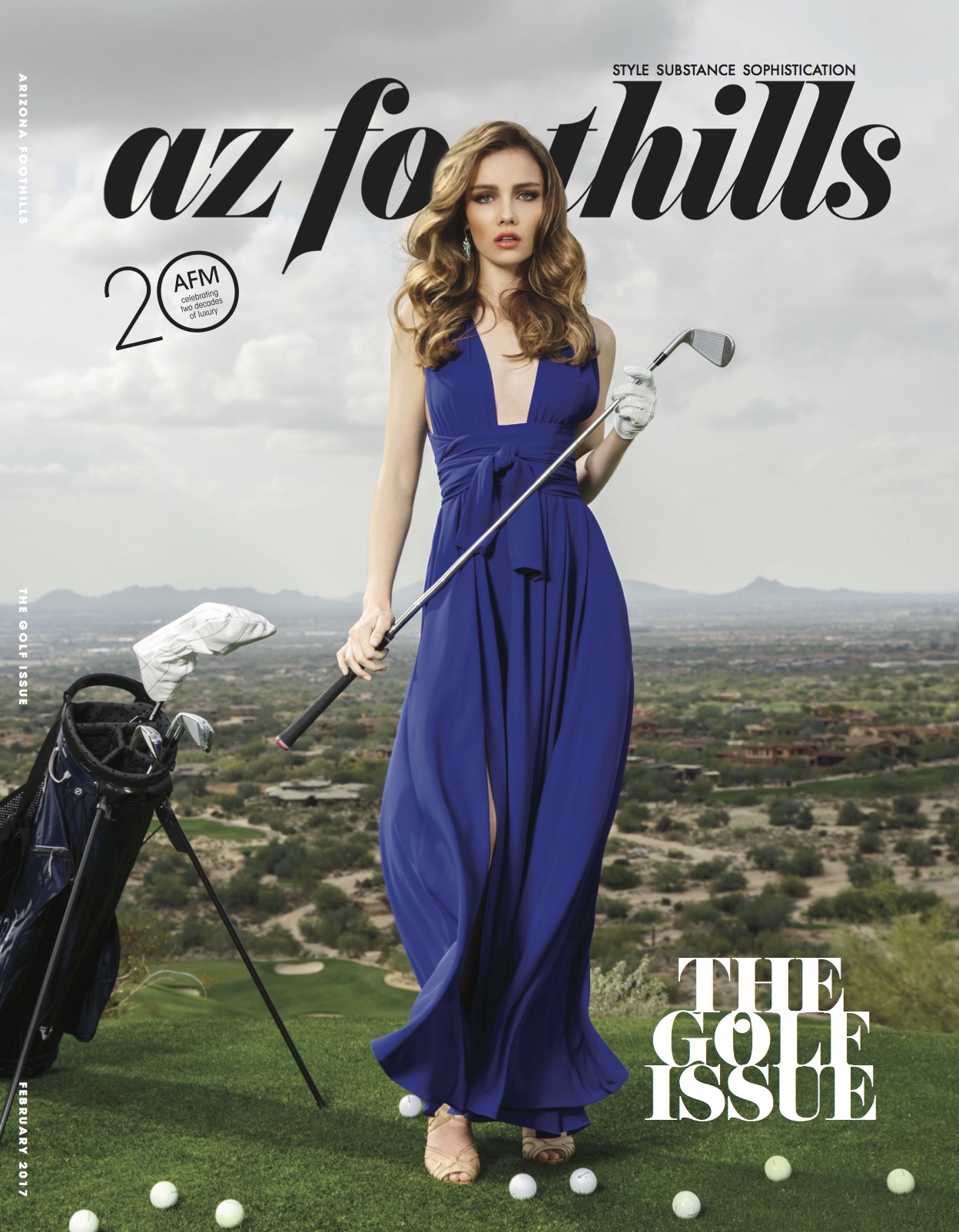 February 1, 2017 – AZ Foothills, the Valley’s #1 authority on luxury lifestyle, will celebrate twenty years of publishing in 2017 with an all-new look. Premiering with the February Golf Issue, readers will see a chic revamped header gracing the cover of Arizona Foothills Magazine. The February issue is one AZ Foothills most anticipated of the year with added distribution at Waste Management Phoenix Open as the tournaments official luxury lifestyle publication. Five thousand copies of the Golf Issue will be available in all VIP areas at Waste Management Phoenix Open including the Clubhouse, Skyboxes, Corporate Village, Greenkeepers, and anywhere an additional ticket is required.

After two decades of success, AZ Foothills continues to deliver on its promise to be "more than a magazine" and consistently dominates as the leading media company in Arizona. AZ Foothills reaches some of the most desirable demographics in the state with a primarily affluent female audience between the ages of 25 - 54. Online, AZFoothills.com is one of the top ten thousand most visited websites in the US with more than 3.8 million monthly views. On social media AZ Foothills also remains #1 with more than 400,000 followers combined, far surpassing any other media company in the state. The new AZ Foothills header will be seen online and across the companies social media channels solidifying it’s signature style, substance and sophistication.