9 for Steak in Phoenix

As the rest of the nation preps their barbecues for a summer of outdoor dining, Valley dwellers seek grilled goodness elsewhere. (Who wants to be grill-side in the scorching heat?) Here are nine of the top steakhouse in the Valley.
Known for its back-door entrance, Durant’s in Phoenix has been churning out delectable steaks for 60 years. Whatever cut you’re craving (rib eye, New York strip, porterhouse), Durant’s has it on the menu. www.durantsaz.com.
Located at the Fairmont Scottsdale Princess, Bourbon Steak was brought to the Valley by celebrity chef Michael Mina. Though the restaurant’s sleek interior design and duck fat fries are sure to make diners take notice, it is hard to take your eyes off of Bourbon Steak’s 14-oz. dry-aged American Wagyu beef. www.michaelmina.net.
Chef Laurent Tourondel’s BLT Steak at Camelback Inn was the first of its kind in the Southwest and it dishes up Certified Black Angus, Kobe and Wagyu beef accented with superb sauces. If the meat’s not enough, BLT Steak’s popovers are like heavenly clouds of deliciousness. www.bltscottsdale.com.
Dominick’s Lincoln Avenue Prime Steakhouse at Scottsdale Quarter offers steak with a side of sumptuousness (there is a pool in the two-story restaurant, for goodness sake). After digging into a bone-in veal chop or New York pepper steak, stick a spoon into one of Dominick’s family-style desserts. www.dominickssteakhouse.com.
A longtime Valley favorite for a fine-dining feast, Mastro’s Steakhouse, located in Scottsdale, not only whips up a lengthy list of meaty entrees, but it is also a great place for seafood and that oh-so sinful Warm Butter Cake. www.mastrosrestaurants.com.
Located at The Phoenician, J&G Steakhouse, from the amazing Jean-Georges Vongerichten, doles out steakhouse fare with a view. (The restaurant’s floor-to-ceiling windows proffer some of the top views in the Valley of mountaintops and city lights.) Plus, J&G is always hosting fun, seasonal events to really excite the taste buds. www.jgsteakhousescottsdale.com.
Phoenix’s The Stockyards opened its doors in 1947, earning the name “Arizona’s Original Steakhouse.” Since then, the restaurant has impressed with its selection of steaks, salads, seafood and, our favorite, the wild boar and venison sausages. Plus, it’s hard to beat the old-timey appeal of The Stockyards’ dining room. www.stockyardssteakhouse.com.
Though its not your traditional steakhouse, Fogo de Chao dishes up 15 cuts of delectable beef in its Brazilian-style restaurant. The yumminess doesn’t stop with the beef; the Scottsdale eatery has also a jam-packed salad bar and delectable selection of sides. www.fogodechao.com.
Phoenix’s Donovan’s restaurant has been a favorite in Phoenix for many years, thanks to a fine dining atmosphere, a cool wine and martini bar and a wide selection of steaks (there are about a dozen meaty entrees to choose from). www.donovanssteakhouse.com. 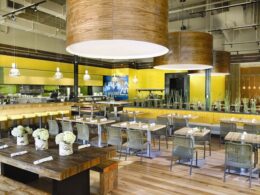 Even those with a gluten allergy don’t have to feel like their missing out on all the tastiness.…
byMelissa 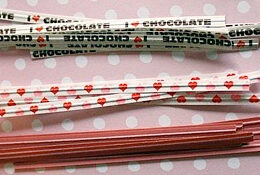 J&G Steakhouse at The Phoenician 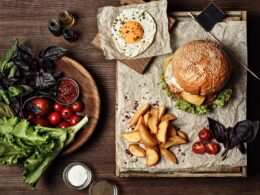 A Taste of Sonata’s Restaurant 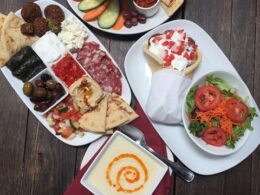 Scottsdale's CHAR Kitchen + Bar, from the lovely folks behind Perk Eatery, has unveiled its new fall menu--and now there are several delicious reasons to get to the restaurant this coming season.
byMelissa