Title: I’ve been working on getting “sir” from the Queen but she hasn’t been returning my emails.

Married/Single: I like to think I’m married to the job

Kids: I was thinking of having a whole bunch of kids and naming them Marcia, Jan, Cindy, Greg, Peter, & Bobby. Whew, might need a nanny.

City you live in: I live in scottsdale close to Old Town.

A typical day in my life includes…

every morning I break my legs, and every afternoon I break my arms. At night, I lie awake in agony until my heart attacks put me to sleep.

on a full moon while the wolves howled my name during a rainstorm. The local sheriff said – and I quote: “Ain’t seen nothin’ like dis in thirty years. Stay indoors, I think somethin’ is-a comin’ “

My favorite thing about Arizona…

would have to be the sunsets. I’ve been to a lot of different parts of the world and there just isn’t anything that compares. I wish I could bottle it.

a lot of jazz hip-hop lately. Weird, right? It;s actually really chill.  if you’re new to the genre,  check out these guys; Maxwell Young, Tomppabeats, The Deli, eli filosov [ p h i l o ], Engelwood, Mounika, & Wush. I promise you’ll like them all! But if it somehow turns out that you don’t enjoy the music, contact my agent and tell him the whole situation, he’ll give you your refund.

IS AMAZING, THEY’VE BEEN THERE THRU ALL OF IT, THICK N THIN.  I COULDN’T ASK TO BE BORN INTO A BETTER FAMILY.  MY MOM & DAD ARE PHENOMENAL PEOPLE!  THEY’RE SO UNDERSTANDING AND PATIENT.  NOT A LOT OF PEOPLE GET THAT OPPORTUNITY.  I HOPE TO ONE DAY START A FAMILY OF MY OWN THAT MIRRORS THESE PERFECT HUMAN BEINGS!!!!!!!

If I could have dinner with anyone, it would be…

Pablo Picasso.  He’s a personal idol of mine.  I’ve looked up to this man for all of my life.  His technical and emotionally abstract/artistic skill is unrivaled. I’d be without words to even sit at the same table as him.

One thing I cannot live without…

would have to be my family. They keep me grounded. I’m sure you can take a wild guess as to how I feel about them.

When I was younger, I wanted to be…

an artist…but not just any artist. I want to be one of the great artists in the history books…Leonardo da Vinci, Pablo Picasso, Andy Warhol, Daniel Gamez…a boy can dream right?

a lot of different things. I wanna tell you it’s one thing or one person or ideal but its not. It comes to me at random times and even from the most unexpected people. A mixture of assorted influences. I hope that makes sense?

The one person who motivates me is…

my mom. She’s always making sure I’m making myself better than the last day.

If I could change anything in the world, it would be…

the environment. I wish we had the technology to magically fix it overnight. Hell, I’d take a month if that were an option. Did you guys know there are two HUGE F@#$’ING PILES OF FLOATING TRASH IN OUR OCEAN?!?!?! ….now that’s crazy.

The perfect day would be…

what’s the normal perfect day that everyone always says? “If i got to visit another country”, “if i got to marry the person I’m in love with”, “if i got a bunch of money so I went to the beach and had X amount of drinks and ran into a shady figure named Jose with a handlebar mustache who showed me where to find hidden treasure but first I would need to give him my social security number which is 422-61-8-”…I’m gonna stop myself right there, that was getting pretty specific, but i think you get my point. Doesn’t everyone get to do those things at one point or another? For me, the perfect day would be if I miraculously somehow found a way off the planet. Now that would truly be amazing.

My first job was…

working in the kitchen of my Uncle’s restaurant. That job was awesome. I got to show up late and take long breaks. Eat what i want when i wanted without even paying for anything. The perfect job for a teenage little sh*t…damn, if i could just go back.

would have to be my art.  I put in my headphones and bust out that paint. The world just melts away. It’s so insanely soothing to see it all come to together. It’s like “WOW I MADE THIS AND IT DOESN’T SUCK!”

is a constant struggle with “who i am” versus “who i want to be”.

a new set of paintings. There’s 3 of them, each canvas holds an abstract representation of a woman. I would describe them more, but it would just come out as nonsense. If you see me in person sometime down the road, ask me about them, I’ll show you pictures!

remember to call your Mom every now and then to let her know you’re doing okay.

King Arthur: Man, sorry. What knight lives in that castle over there?

Dennis: Well you could say “Dennis”.

King Arthur: I didn’t know you were called Dennis.

Dennis: Well you didn’t bother to find out, did you?

King Arthur: I did say sorry about the “old woman”, but from behind you looked…

Dennis: What I object to is you automatically treat me like an inferior.

King Arthur: Well, I am king.

Dennis: Oh, king eh? Very nice. And how’d you get that, eh? By exploiting the workers. By hanging on to outdated imperialist dogma which perpetuates the economic and social differences in our society. If there’s ever gonna be any progress…

Peasant Woman: Dennis! There’s some lovely filth down here… Oh! How do you do?

[Dennis joins the Peasant Woman in the nearby filth patch]

King Arthur: How do you do, good lady? I am Arthur, king of the Britons. Whose castle is that?

Peasant Woman: King of the who?

King Arthur: Well, we all are. We’re all Britons, and I am your king.

Peasant Woman: Didn’t know we had a king. I thought we were an autonomous collective.

Dennis: You’re fooling yourself. We’re living in a dictatorship! A self-perpetuating autocracy, in which the working classes…

Peasant Woman: Oh, there you go, bringing class into it again.

Dennis: Well, that’s what it’s all about! If only people would–

King Arthur: Please, please, good people, I am in haste. Who lives in that castle?

Peasant Woman: No one lives there.

King Arthur: Then who is your lord?

Peasant Woman: We don’t have a lord.

Dennis: I told you, we’re an anarcho-syndicalist commune. We take turns to act as sort of executive officer for the week…

Dennis: …but all the decisions of that officer have to be ratified at a special bi-weekly meeting…

Dennis: …by a simple majority in the case of purely internal affairs…

Dennis: …but by a two thirds majority in the case of more…

King Arthur: Be quiet! I order you to be quiet!

Peasant Woman: “Order”, eh? Who does he think he is?

King Arthur: I am your king.

Peasant Woman: Well, I didn’t vote for you.

King Arthur: The Lady of the Lake, her arm clad in the purest shimmering samite, held aloft Excalibur from the bosom of the water, signifying by divine providence that I, Arthur, was to carry Excalibur. That is why I am your king.

Dennis: Listen. Strange women lying in ponds distributing swords is no basis for a system of government. Supreme executive power derives from a mandate from the masses, not from some farcical aquatic ceremony.

Dennis: You can’t expect to wield supreme executive power just ’cause some watery tart threw a sword at you!

Dennis: I mean, if I went around saying I was an emperor just because some moistened bint had lobbed a scimitar at me, they’d put me away!

Arthur: [grabs Dennis] Shut up! Will you shut up?!

Dennis: Ah, now we see the violence inherent in the system!

Dennis: Oh! Come and see the violence inherent in the system! Help, help, I’m being repressed!

[sorry about the length. this is literally my favorite quote ever]

is to teach art at the Royal College Of Art in the United Kingdom with Dr. Mel Jordan. It’s ranked the top art school in the world with some of the most skilled artists. It would be an honor to even be considered eligible to attend.

when I notice someone taking credit for someone else’s hard work. 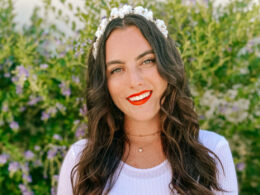 Meet Eden Brinkerhoff, an up and coming photographer here in Arizona.
byTyler Hollis 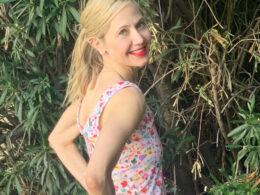 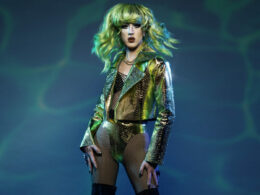 Meet Toothpick aka Wyatt Fessenden, a rising drag queen here in Phoenix who stars in the 4Some Revue at the Kobalt Bar.
byTyler Hollis
1 share
1
0
0 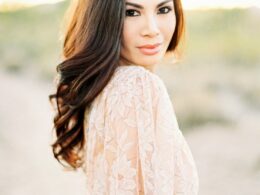