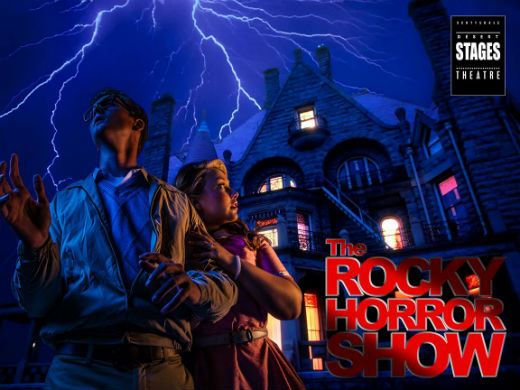 Just a stone’s throw from the club scene in old town Scottsdale, you’ll find Desert Stages Theatre. If you’re ready to change up your weekend routine, their production of “The Rocky Horror Show” is just what the doctor ordered. Directed and choreographed by JPaoul C. Clemente, it runs through August 10. A full list of showtimes is available at DesertStages.org.

Just to be clear, this is a musical performed by actors and not a screening of the 1975 film “The Rocky Horror Picture Show,” (and, if you’re wondering which came first, the stage show preceded the film by a few years).

The show and the film follow the same story line and include much of the same music — and it’s as delightfully bizarre as you’d expect. It’s also a hyper-sexual romp that’s firmly rated “R” so leave the kids and home and think twice before you invite your Grandma. 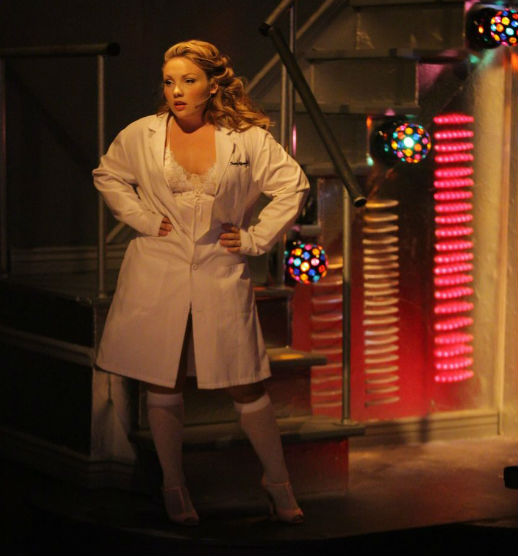 Desert Stages is an intimate venue and the show is staged in the round. You’ll be up close and personal with the actors and while you’re not allowed to deploy a squirt gun, you might get the teeniest bit damp during “Over at the Frankenstein Place.”

The movie is famous for midnight showings replete with shadow casts miming the action along with the film and audience participation in the form of callbacks (we’ll get to that in a second) and deployment of props at strategically placed intervals.

If you’re feeling extra saucy, check out a late-night show to get the raunchiest, most interactive experience. Even at the early shows, however, audience members are welcomed to shout the traditional call-backs and even some non-traditional ones if the inspiration strikes.

The stand out star of the show is Andy Izquierdo, who plays Frank ‘N’ Furter in a rocking pair of high-heeled patent leather boots and a corset. Not only can he sing the hell out of the part, he captures the absurdist B-movie camp, charmingly and perfectly. He dies with such panache, you’ll wish he could do it twice. 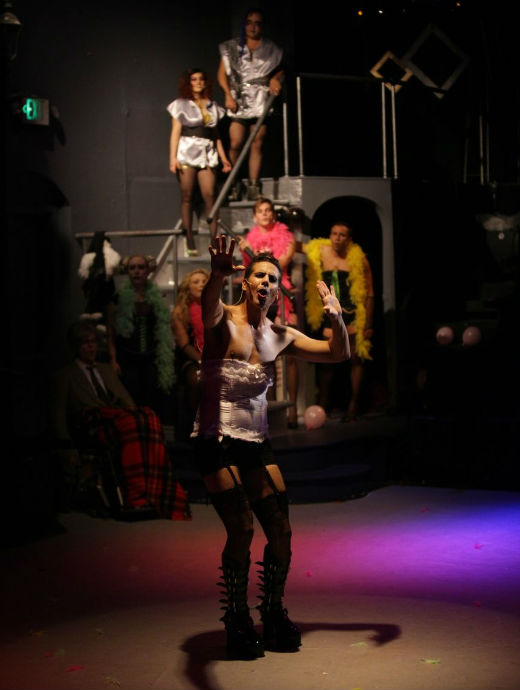 Michael Myers and Ashlee Poynter have great chemistry as Brad and Janet (respectively). Myers’s voice isn’t the strongest, but he’s aided by microphones and in light of how spot-on he plays the sexually repressed, unassertive and sheltered Brad, you won’t be bothered by it. Poynter, on the other hand, can belt out a tune with the best of them.

Chris R. Chavez serves as both the Assistant Director and the bizarre butler Riff-Raff. Chavez especially shines as he opens the most famous tune from the show, “The Time Warp.”

Though the “Time Warp” is delightful, the strongest ensemble number was “Eddie’s Teddy.” The singing was strong and the Phantoms (that’s the ensemble for you virgins) were so delightfully bizzaro that it didn’t feel like a choreographed production number (so big kudos to Clemente there!)

The two Phantoms who serve as narrators are a delight. They’re vaguely (and entertainingly) reminiscent of Stadler and Waldorf (the heckling muppets). Rob Davis Staup plays an able Eddie, but outdoes himself when he transforms into the wheelchair-bound Dr. Scott. 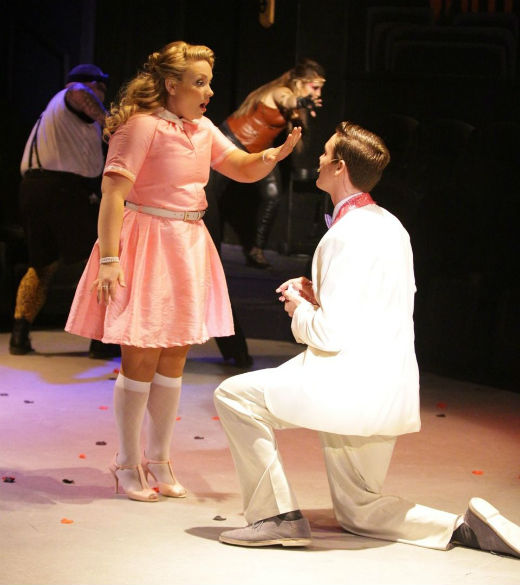 The show isn’t perfect. It is, after all a community theater. The actors are young with limited experience or working full-time jobs. But, the lead characters are strong and the material engaging. It’s clear that there is a true sense of community and teamwork. Everyone there clearly loves what they’re doing. And it’s infectious.

So, what’s the verdict? Go. You’ll have fun. Unless you hate fun, in which case I can’t help you. Desert Stages doesn’t have alcohol at the concession stand, so don’t be afraid to plan a happy hour outing before the show. Roaring Fork is less than half a mile away and offers select mixed drinks and wines for $5 during happy hour, as well as an assortment of discounted appetizers. If you’re more of a beer drinker, Yard House is just a stone’s throw away and offers half priced appetizers as well as a slew of drink specials.

We’re not kidding about making a night of it. As the director himself says, “The best audiences are highly intelligent and slightly drunk.” Since you’re reading this article we’ll give you “intelligent.” It is, however, up to you to make sure you hit “slightly drunk” right on the head (and arrange for safe transportation, etc, etc.).

Oh, and one more thing…be on time, late seating would be awkward at best. Tickets are $25 (or $22 for students and seniors) and are available at the Desert Stages box office or via DesertStages.org.