J2 Gallery is rolling out their Fall/Winter season by featuring up-and-coming mid-career artists from around the country to grace their walls. J2 opens its doors Wednesday, October 23 to present the sculptural and painted works of Kevork Cholakian, an L.A.- based visual artist who likes to take color and turn it up a notch.

When asked how he describes his style, Cholakian says: “Well… it’s contemporary realism. I’m not a super-realist. A lot of people think I do super-realism, but I do not.” According to the artist, the main difference between super- or hyper-realism and a contemporary realist’s style is not only intention, but also the detail. To Cholakian, this means that a viewer must look—and look hard—to really get it. He hints that he inserts an element of the unexpected here and there.

“Super-realism is almost like you are looking at a photograph and everything you see looks super real,” he says. But that is not what he does. To get it, on might have to get close, read the tiny labels on things… look for the brush strokes.

“I paint mostly still-lifes,” he says, explaining that he sets things up and stages items in ways that he finds interesting. “I call it constructed realism. I paint things that are everyday objects—mundane objects. But really, if you look closely at my work it’s not things you would come across in everyday life… you would have to look closer; you will find things that are subtly added.”

For example, one of the sculptural works featured on his website, Blue Stool, appears from a distance to simply be a blue painter’s chair presenting a cup of red paint with a paint brush, and a golden delicious apple placed upon it. But, Cholakian says, when you get close enough to read the fruit-sticker pasted on the apple, it actually says: “Look closer, it’s not real.” That’s because every part of the sculptural piece is ceramic,” he says.

He often works with ceramic sometimes resin but about 90 percent ceramics. Sculpture is a new medium for Cholakian and the sculptural works featured in his upcoming show a J2, “Look Closer,” will be on view to the public for the first time.

Cholakian says that he started creating art in high school at a specialized high school in New York City called Music and Art High School. He earned his BFA in Art from Pratt and then went into TV and worked as a graphic designer for many years. He says that he worked his way through that and then started doing video animation ending up as the head of the graphic design department at ABC-Disney in the 1990s.

“Somewhere along that road I started painting,” he says. He started showing his work in New York in the early 1990s and then moved to LA in 1996. He continued to paint and work out there. Then, Cholakian left ABC-Disney about three years ago, he says, to do art full-time.

Cholakian says that he gathers inspiration from everywhere, and his favorite thing to do is to discover smaller “worlds within worlds.” That’s why he says stiff lifes are so interesting to him. For example, one of his pieces with the most gravity and clarity, Four Marbles, 2011, features a row of cat’s eye marbles, those highly coveted prizes of child’s play for generations past. If you look closely, the marbles almost appear as eyeballs staring back at you. Or, as strange oracular masses, throbbing and vibrating with some weird, pulsing organ trapped inside. Cholakian has been showing in New York and Los Angeles for years, and this year he recently showed some of his ceramic works in Hong Kong.

“These were not actually sculptural pieces,” he explains. “These are art pieces that were in the form of plates.” Unlike his normal style of painting, these were not realistic at all, but featured more abstract designs, he says. He uses a process very unique in the world of ceramics where he colors the clay before firing instead of glazing it after. He then uses it, “almost like squeezing paint out of a tube,” he explains. Cholakian is showing about 18 pieces at J2 Gallery this month—11-12 paintings and six sculptures, he says. “[Sculpture is still] fairly new to me, I’ve only been doing it a few years, so no one has really seen this work before,” Cholakian says. J2 Gallery is located at 10345 N. Scottsdale Road, Scottsdale, Ariz., at the southeast corner of Scottsdale Road and Shea Boulevard. Cholakian’s show, “Look Closer” opens at J2 Oct. 23 at 6 p.m. For more information, visit:  galleryj2.com.

Just in time for summer, Riot House has opened its doors to a beachy paradise of palm trees and pink flamingoes.
bySuzanne Koch 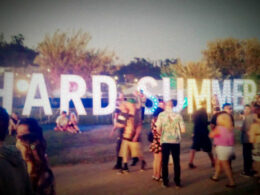 by : Elizabeth Ninivaggi The two-day sold out shows of HARD Summer attracted an estimated 60,000 attendees to…
byAmanda Savage 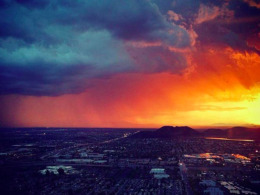 Experience Phoenix Nightlife From Above

You’ve probably experienced Phoenix nightlife from the ground many times. But have you experienced it from the sky?…
bySuzanne Koch 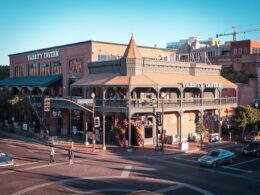 The new 8,000-square-foot venue is somewhere between a high-energy sports bar with can’t-beat eats and a where-to-be-seen nightclub with live music and bottle service.
bySuzanne Koch
2 shares
1
0
1