On Thursday August 2nd, Grammy award-winning singer/songwriter Macy Gray will be making her first DJ appearance at W Scottsdale’s Thursday Night Swim “Carribbean Cool Down”. Brought to you by Steve Levine Entertainment and Public Relations, the event encourages its beautiful guests to attend in swimwear and take a dip in the WET pool.

Born and raised in Canton, Ohio, Gray’s initial recognition came as a surprise when she moved to Los Angeles to attend the University of Southern California. Asked to write songs for her friend, Gray eventually had to fill in for the missing vocalist when it came time to record. Macy Gray’s voice impressed many and continued to gain exposure singing in a Jazz band all over Los Angeles In 1994, she signed with Atlantic Records. Four years later, she landed a record deal with Epic Records and was featured in the Black Eyed Peas debut album “Love Won’t Wait”.

In1999, Gray released her debut album ‘On How Life Is’. It was her second single “I Try” that made the album a worldwide success.  Gray’s career took off in 2001 when she was nominated for “Song of the Year” and “Record of the Year,” winning the Grammy Award for “Best Female Pop Vocal Performance.” Since then she has recorded five albums and has been featured in large films such as Training Day, Spiderman, and For Colored Girls.

As the latest artist to jump down the “DJ rabbit hole”, Macy Gray turned DJ could actually be a good thing. Although finding a mix on SoundCloud was impossible, it’s hard to believe that an artist of her caliber wouldn’t be somewhat of a decent DJ.

Even if Gray doesn’t “wow” with her DJ set, you’ll be able to enjoy the night surrounded by beautiful people in bathing suits. 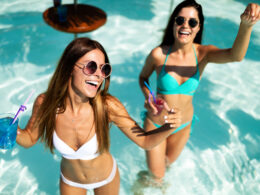 The event features world renowned artists and DJs, the largest wavepool in the country, waterslides, luxury cabanas, bars and much more.
bySuzanne Koch 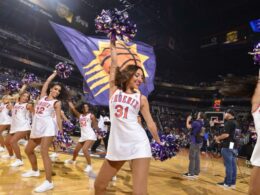 The Phoenix Suns are hosting a draft viewing party on June 21 at Talking Stick Resort Arena for their historic No. 1 overall pick.
bySuzanne Koch 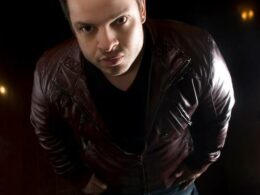 Best known for his signature blend of catchy vocals, booming base line and genre-defying range,  Starkillers will be…
byAmanda Logan 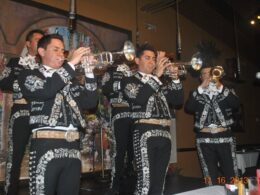 The Madison Center for the Arts is excited to bring the performances back to the valley and be the go-to spot for theatre-lovers everywhere.
byTyler Hollis
1 share
1
0
0