The two-day sold out shows of HARD Summer attracted an estimated 60,000 attendees to LA Historic Park in downtown Los Angeles this past weekend. The festival hosted a variety of performers from every genre in electronic dance music:  Zedd, 2 Chainz, Fatboy Slim, Rudimental and Knife Party are only a small example of the weekend’s highlight performances.

“This was my first time at HARD Summer. So walking in, I had no idea what to expect. I think it was the vibes from the crowd I got all weekend which really made me enjoy the festival. Everyone was so friendly and respectful- you could tell they were their for a reason— the music,” said Ashleigh, an attendee from Boston.

“I bought my HARD tickets because of the line-up, which I believe is the most impressive of any music festival this summer. I got to see some big name performers but also a lot of up and coming DJs who really impressed me. My favorite set was definitely Flux Pavillion, he always throws down hard,” said  Ben from Long Beach.

Dupstep has always been a personal favorite, but English producers’ live set was mind-blowing. The energy emerging from the stage when he performed drastically changed as soon as he started spinning. Playing crowd favorites such as “I Can’t Stop” and “Gold Dust” had the main stage rocking, But, he also threw in remixed favorites like “Jah No Partial” with Major Lazer which really lifted everyone off their feet jumping simultaneously.

Franic opened the set by introducing himself as ‘DJ Hansel.’ Everyone knows the quirky producer likes to throw in jokes and party along with the crowd during his sets but it was his variety of track choices that were impressive. Francis threw in old favorites like “IDGAFOS” and fresh new tracks like “Without You”. He also played one of my personal old-school hip-hop favorites by Notorious BIG, “Juicy.” Francis gave a sentimental and teary-eyed shout-out to the crowd ,“I love you Los Angeles!”  Crazy cat graphics that randomly appeared during the massive drops of the set really polished off the charming oddity that is Dillon Francis.

HARD was definitely one for the books. Walking around seeing strangers dancing with each other in costumes, the lasers that covered the stages and the skyline of one of the music capitols of America brought together music lovers from all over. The people, the location and the line up created a positive and uplifting atmosphere that was unique and to be remembered. 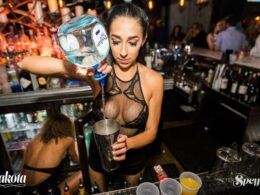 Behind the Bar: Chelsea McLaughlin 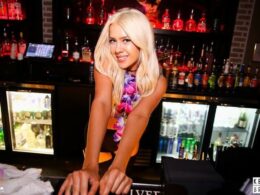 Behind the Bar: Savannah Wales 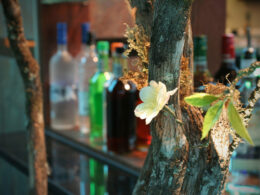 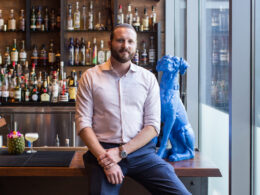