DJ Munition of Arizona State University prepares for the national finale of the Campus DJ competition on June 20,  at the Avalon in Los Angeles Calif. Munition will compete with other college DJs from around the country — from Emory University in Atlanta to Texas State University in Austin — for a grand prize of a new 2013 Mini Cooper and touring package with Live Nation.

AFM spoke with DJ Munition about the contest, his chemical engineering major, life in Tempe and his love of Chipoltle.

Munition: Enjoying my day off really. Catch up on some sleep before the weekend, and listen to the latest podcasts of the producers and DJs I like. I generally spend Friday afternoons digging through the endless maze of the internet for new tunes or samples to add to my artillery for the weekend.

AFM: What’s the last song you listened to, besides your own?

Munition: Well actually I am listening to an entire set by Markus Shultz that he recently mixed on Afterhours.fm for their 7 year anniversary. They generally are known for a deeper and darker sound, that most DJs seem to adhere to when they have special guest mixes on their station. I believe he just uploaded it to his Soundcloud pretty recently, so if trance is something you are into are open to listen to, I would suggest you check it out.

AFM: What city are you living in?

Munition: I am currently residing in Tempe, Ariz. at the moment. Being where a lot of house parties, bars, and clubs are, it’s a pretty good fit for where I should be. Plus, living closer to school isn’t so bad, making the ASU traffic a little shorter to yell at.

Munition: Chipotle is where I live. If they had a bed you could rent there I would sleep there.

Munition: If we are talking Tempe, then Devils Advocate or Cue Club are my go to’s. When it comes to Scottsdale, I have been loving the pool parties at El Santo Cantina. A lot of big DJs are rolling through there for the summer, one of which was Fedde Le Grand, of whom I opened for when he came through.

AFM: So, you’re representing Arizona State University in the Campus DJ competition. How did you go from hearing about the competition, to winning the regional contest? What was the process like?

Munition: They actually contacted me explaining the how to’s of creating a profile on their page, to linking all of my social media too it, to creating a Dubbler account (a sweet new app whom is sponsoring the tour), to getting people to vote and listen to my tracks, and then finally creating a 10 minute mix that showed off my ability and style to the highest degree. I got a ton of support for it and the site alone surprisingly gave my pages a huge amount of traffic. I believe my profile still has the highest number of votes on the website which is great to hear. You can also go there to listen to my uploaded recording from that night of my set and hear it for yourself!

The regional contest for Arizona was held at Club Red in Tempe, right after the famous Undie Run held at ASU on the last day of classes. Once the contest started each of the DJs showed the crowd what they had to offer in their 10 minute set, going in order of number of votes on the website, so I went last. The other three guys all did a great job. With totally different styles they all brought something unique to the stage with their own presence. I had met all of them before and and we all had a good time chilling back stage before we went on, so no beef was between any of us, just a fun competition giving us all a chance at glory.

It was time for my set. They really had a great production set up for the event, the lighting guy was on point, and a college student crowd is always the best to play for. All of the ingredients were there for a seriously massive performance. So as soon as I stepped on that stage I had great feeling that what I was going to give these kids was exactly what they wanted to hear. A focused electronic set with just the right mix of recognizable vocals and some sweet flips to trap and hip hop that kept them interested. I was totally dead after my set, giving it all I had, and was extremely happy and surprised when they announced I had won the competition, advancing to the nationals in LA. They even asked me to play an opening set right before the headliner went on, an idol of mine and great producer, 3LAU.

AFM: Are you ready for the main event in June? You guys get to play at the Avalon in LA! Can you explain how that process is going to work? What’s your strategy for winning?

Munition: Not really! I have begun formulating what worked well for my last 10 min mix, and work with that to create a completely new set to win over the LA audience and impress the judges. I basically will find tracks that are the most hard hitting and mix it with technical mixing and transitions to round out the set. Taking the crowd on a fast paced tour. I like to add funny samples and drops to keep the audience on their feet while keeping the bangers coming with quick mixing to keep up the energy.

AFM: How can Sun Devils and Arizonans show their support?

Munition: Even though the event is in LA I already am hearing of a lot of people driving out for the competition. Campus DJ generally tends to have some pretty popular artists headline the show, and though it isn’t announced yet for the Finale… Lets just say it will be a good show! 😉

But on a serious note you can absolutely find my page on CampusDJ.com and continue voting for me, find DJ Munition on the Dubbler app and tag Campus DJ while saying why you want me to win the finals! Lastly if you want a little summer vacation, or already plan on being out near LA on June 20th, come to the show and party with the headliner, all the other great DJs, and myself for what will be a pretty exciting night at Avalon.

AFM: What are you most excited to win, if you conquer the contest?

Munition: Well they are giving away a Live Nation Touring package as well as a brand new 2013 Mini Cooper which will be pretty legit. Mini’s aren’t really my style of car but might be fun to get some good burn outs in with my boys! The recognition alone has and will make it worth it alone, along with a free trip to LA!

AFM: Where do you usually play? Where might people have heard you play?

Munition: I currently am a resident at Afterlife, an 18+ club in Old Town Scottsdale, but if you follow my facebook or twitter you will be sure to see when I play at all sorts of bars all over Mill Ave in Tempe and Scottsdale for a wide variety of events.

AFM: So, I read your email and couldn’t help but be surprised by your signature:

Then last, but not least, “DJ Munition.

I’d have to say that chemical engineering and DJing is an uncommon combination. Have you always been interested in music and engineering? Which came first?

Munition: Well I always wanted to be an engineer. Give that one to my dad, who raised me around classic cars and all sorts of mechanical and electrical work since I was able to help out. But getting into the Chemical route really happened around when I began learning about mixing during my later years in High School. Honestly the dance game DDR was one of my favorite ways to waste time in the summer with my friends, which got me interested in electronic dance music. After watching tour videos of guys like Tiesto and Armin Van Buuren on Youtube, I was hooked. I wanted to be able to give a crowd that much entertainment while playing on huge systems with gigantic productions. Since then I have moved up from small house dance parties to larger venues to clubs, bars, and shows now. I would have had no clue where it would have gotten to when I was younger, but glad I stuck with it and had it become such a serious hobby.

AFM: Do you approach music as a science with a formula? Or do you take more of an artists approach, leading yourself with feelings?

Munition: Pretty much half of the work as a Disk Jockey is preparation. Taking ideas you have of what will work on the dance floor and organizing that into a format that you can easily reach live as well as working on mashups and other edits at home to test out at night. I would say the half of the work that happens away from the dance floor is where I am very particular and “scientific” as you would say, but once the rubber hits the road and there is a crowd in front of me ready to party, I tend to take a more organic approach and go with what I feel the crowd is ready for and craves.

AFM: Any new music, big shows or tours planned for the rest of the year that people can get excited about?

Munition: This Finale for Campus DJ is really getting me jazzed at the moment, but for future events that are yet to be announced feel free to follow my social media outlets where I post about all upcoming gigs and shows: Facebook, Soundcloud, Campus DJ, Twitter, Dubbler. 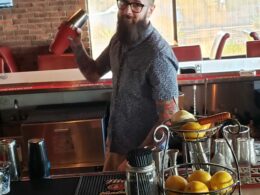 Go behind the bar with Jake Russell, bartender and bar manager at EVO in Old Town Scottsdale who loves shaking up a classic martini.
bySuzanne Koch 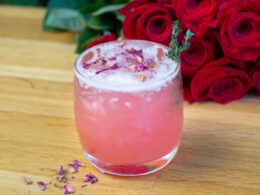 Will You Accept This Rose Cocktail From True Food Kitchen?

Instead of serving wine or champagne at your watch parties, get creative by whipping up this rose-inspired cocktail from True Food Kitchen's new winter menu.
bySuzanne Koch
31 shares
1
0
30 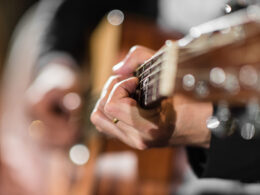 Country music fans, consider putting your cowboy hats to use and pouring yourself some strong moonshine, because over…
bySuzanne Koch 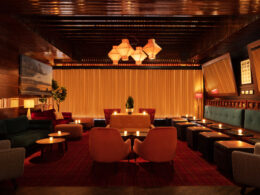 It just might be Phoenix's best-kept secret. MercBar, a 23-year old cocktail lounge that first debuted in New York City, has quietly been the go-to for a luxe night of classic sips for years.
bySuzanne Koch