Valley Restaurants Ready for “Flavors of the Valley” Fundraiser

TASTE OF THE NFL (TNFL) announced the launch of “Flavors of the Valley,” a season-long restaurant competition that brings together 25 Valley restaurants in support of TNFL’s annual Kick Hunger Challenge® fundraising campaign October 1 – December 31, 2014.

The five restaurants that raise the most money during the competition will be invited to participate in the exclusive “Flavors of the Valley” area, hosted by Valley GMC Dealers, at TNFL’s Party with a Purpose® held on the eve of Super Bowl XLIX on Saturday, January 31, 2015 at WestWorld in Scottsdale.

Fans are encouraged to lend their support by visiting the participating Flavors of the Valley restaurants or donating to their favorite participating restaurant’s fundraising page online at www.kickhungerchallenge.com.

“In celebration of our 24th anniversary, Taste of the NFL set out to secure 24 Valley restaurants willing to join the Kick Hunger Challenge cause,” said TNFL Founder and Executive Director Wayne Kostroski. “We received a tremendous response and as a result, have enlisted a total of 25 restaurants committed to helping us reach our fundraising goal of one million dollars raised as part of Super Bowl XLIX in Arizona.”

TNFL’s star-studded Party with a Purpose® event brings together exceptional cuisine, prominent chefs from around the country, including Arizona Cardinals Celebrity Chef Beau MacMillan of Sanctuary on Camelback Mountain along with NFL players, coaches, legends and more.

Chef Eddie Matney (Eddie’s House), a 15 year veteran of Taste of the NFL, will serve as the Culinary Host of the Flavors of the Valley restaurants area at the Taste of the NFL on Saturday, January 31.

Andrew Zimmern has joined TNFL as this year’s national culinary host for its Party with a Purpose® to assist in rallying the country’s top chefs to raise awareness and money. Zimmern, the creator, host and co-executive producer of Travel Channel’s hit series, Bizarre Foods with Andrew Zimmern, will lead the charge along side national celebrity spokesperson, Alyssa Milano. Tickets for Party with a Purpose® are on sale now and can be purchased at www.tasteofthenfl.com.   This event has sold out in advance of the event each year, so a purchase of tickets and tables is encouraged.

ABOUT TASTE OF THE NFL

Since 1992, the Taste of the NFL (a 501c3 organization) has rallied the country’s top chefs and the NFL’s greatest players to raise money in support of food banks throughout the United States. To date, Taste of The NFL’s programs and events have raised $22 million dollars (175 million meals) to help feed the 37 million Americans, (many of them children and seniors), who have turned to their local food banks for assistance. The season long efforts culminate each year with the Taste of the NFL’s Party with a Purpose®. Held on the eve of Super Bowl XLIX on Saturday, January 31, 2015 at WestWorld of Scottsdale, this year’s star-studded fundraising event brings together exceptional cuisine, prominent chefs from around the country, NFL players, coaches, legends and more, all to support the fight against hunger. Learn more about the Kick Hunger Challenge at www.TasteoftheNFL.com.

The Kick Hunger Challenge is an online-only fundraising campaign spearheaded by Taste of the NFL, (www.TasteoftheNFL.com). This friendly “competition” pits fans from all 32 NFL teams against each other to raise money for their local food banks in NFL communities nationwide. Throughout the 2014-15 football season, fans will have the opportunity to support one of the 32 NFL teams and directly impact the donation of thousands of meals to food banks in their team’s community. 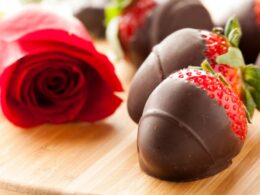 Whole Foods Market offers up tips for creating a delicious, lovely-dovey feast for Valentine's Day--in the comfort of your own home.
byMelissa 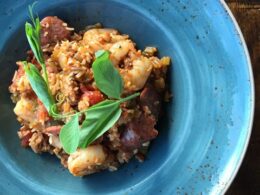 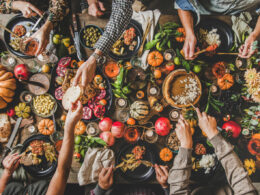 Thanksgiving Day Deals and Specials Throughout the Valley

Want an easy yet delicious Thanksgiving Day meal for your friends and family? Check out some of the Valley's best Turkey Day specials!
byTyler Hollis 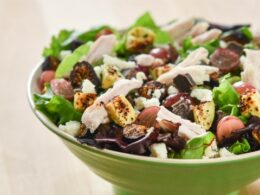