Foodie news roundup for the week of June 30.
Palo Verde Restaurant at the Boulders had debuted new summer menu, described as “Casual American” features an assortment of traditional, Southwestern menu items–at an incredible value. New menu items include caramelized day boat scallops with fresh bacon, hatch chili puree, Mexican papaya salad and coriander cream; grilled Black Angus filet with longhorn potato, mushroom and onion hash, and PV steak sauce; and marinated free-range chicken with fingerling potatoes, chives and prairie jus.
The Gladly (pictured) in Phoenix is hosting a new mixology series called “Summer Cocktail Camp” on select Sundays each month through September. The new program will be hosted by a different top local mixologist for each course of the series. “Summer Cocktail Camp” is $30 per adult and includes the two-hour mixer, three to four cocktails, as well as recipes and camp souvenirs to take home. Reservations can be made by calling 602.759.8132.
Join Organ Stop Pizza and United Food Bank in the 8th Annual Christmas in July Food Drive Challenge. Bring in two approved non-perishable food items between July 1 and 31 and receive 10 percent off your entire kitchen bill that evening while enjoying The Mighty Wurlitzer Organ and pizzas, pastas, salad and more.
Stop by Rusconi’s American Kitchen Sundays through Thursdays, 4 p.m. to close, for Light Bite Night. For $29 (plus tax), enjoy two large glasses of wine (red or white), one large kitchen board brimming with meats, cheeses, roasted veggies and olives, and one shared dessert.
Not only has Uncle Louie The Restaurant expanded its gluten-free pizza and pasta menu, but the restaurant is now serving up a Sunday Family Night dinner special. The Sunday Family Nights include entree choices of spaghetti and meatballs, penne alla vodka, or rigatoni Bolognese. All dishes come served with a large salad including the house, Caesar or Greek. Portions are ample for a family of four for $39.95.
Different Pointe of View at Pointe Hilton Tapatio Cliffs Resort in North Central Phoenix recently launched a summer menu focusing on bold, refreshing flavors with a variety of new appetizers, salads and entrees. The restaurant is also offering one of the best fine dining deals in the Valley this summer with its $39.95 three-course Summer Prix-Fixe menu available now through Labor Day. The prix-fixe menu includes a choice from several selected menu items and offers a savings of up to $20 per person.
On Thursday, July 10 guests are invited to Salty Senorita in Old Town Scottsdale for a tequila dinner event featuring pairings from Azunia. The dinner includes a four-course meal by Executive Chef Brian Feirstein. The meal is $35 per person, and reservations are required by calling 480.947.2116.
Zinburger and Lagunitas Brewing Company are partnering for two beer dinners this July. Guests can choose to reserve their seat for the Tuesday, July 8 dinner at Biltmore Fashion Park in Phoenix, or the Tuesday, July 15 dinner at Scottsdale Quarter. Both four-course dinners begin at 6:30 p.m. and cost $35 per person.
For more fab foodie news, become a fan on Facebook, follow us on Twitter @AZFoothillsfood and check us out on Instagram and Pinterest. 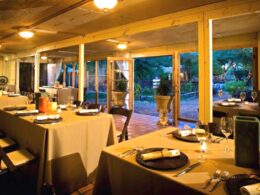 Foodie news roundup for the week of March 17. A taste of Timo on Central. Four Seasons Resort…
byMelissa 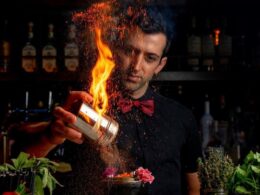 Where to See & Be Seen in Phoenix

Looking for a night out on the town? Here are our Valley favorites for great food, creative drinks…
byMelissa 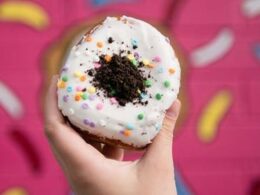 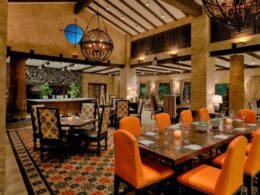