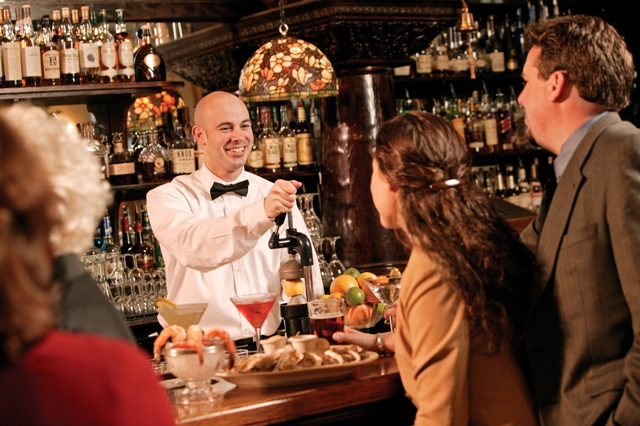 Even without an ocean in sight, the Valley is still home to some top-tier seafood restaurants, doling out the freshest catches of the day.

McCormick & Schmick’s Seafood Restaurant Valley residents with a hankering for seafood have two McCormick & Schmick’s Seafood Restaurant locations to choose from, one in Scottsdale and the other in Phoenix. To start, diners can order from the raw bar or choose a few appetizers including crispy buttermilk fried oysters and a Dungeness crab tower. From there, diners can indulge in some of the Valley’s freshest fish like Oregon Ling Cod, Idaho Rainbow Trout, Kona Mahi Mahi (there are several Hawaii-based fish to choose from) and Washington Hama Hama oysters, to name a few. If seafood isn’t your style, try the Kobe burger or the New York strip. 602.468.1200 (Phoenix), 480.998.2026 (Scottsdale), http://www.mccormickandschmicks.com/.