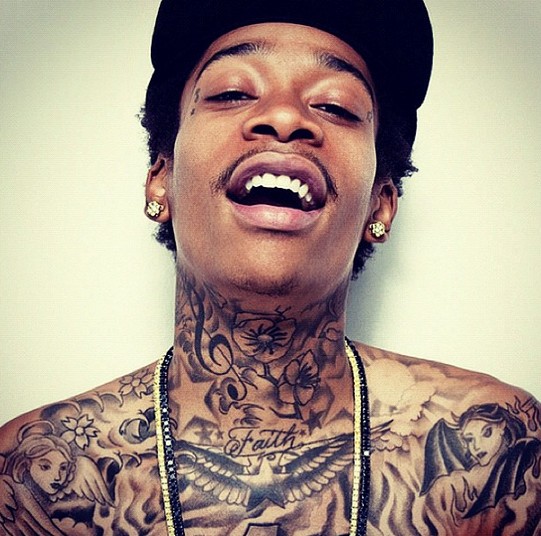 Award-winning rapper, singer and songwriter Wiz Khalifa will kick off a weekend packed full of star studded performances at Livewire in Scottsdale on Friday January 30. Doors open at 9p for the 21+ show.  Khalifa is best known for his top-charting hits “Black and Yellow”, “Work Hard, Play Hard,” and “Young, Wild, and Free.” The Dakota native has also been nominated for two Grammy Awards including “Best Rap Song” and “Best Rap Performance,” won a B.E.T. award for “Best New Artist” (2011) and was named “Top New Artist” at the 2012 Billboard Music Awards. Khalifa recently announced his joint tour “The Boys of Zummer Tour 2015” with American rock band Fall Out Boy beginning June 10 in support of his “Blacc Hollywood” album, which debuted at No. 1 on the Billboard 200 in 2014. Tickets are on sale now at Livewireaz.com or Sletickets.com. 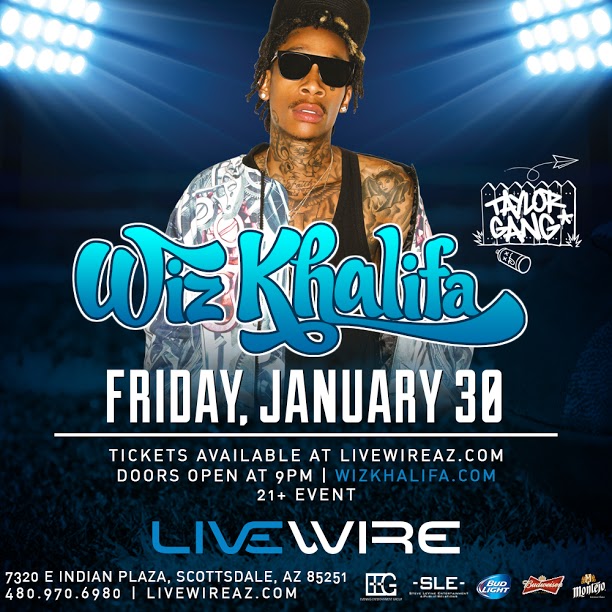