Deck the halls, pour the eggnog and turn up Mariah Carey, because this year’s Christmas season is about to get a whole lot merrier. The first Miracle Bar is opening at Blue Hound Kitchen & Cocktails this holiday season and we’re jolly as ever about it. The Christmas-themed pop-up cocktail bar will transform the downtown Phoenix outlet into a winter wonderland, complete with snowy windows, thousands of Christmas lights, hundreds of Elf on a Shelf dolls, ceilings decked out with icicles, garland and more.

The Miracle Bar concept was first launched in New York in 2014 and gained a quick following. Now in its fifth year, the brand is opening pop-up experiences at 90 highly regarded cocktail establishments around the world. The Blue Hound location is the first and only in the Valley, but those down south can also join in the fun at Elvira’s in Tucson, who will also open a Miracle Bar this year.

“We’ve been watching this cocktail bar pop-up concept gain tremendous recognition over the years in major markets like New York City, Chicago and Los Angeles and we knew we needed to be the first to bring it to Downtown Phoenix,” said Wade Gruenewald, director of food and beverage at Blue Hound. “The Miracle concept is a perfect fit for us as it complements our award-wining craft-cocktail program and ties in to the holiday festivities at CityScape Phoenix.”

Along with a festive atmosphere, guests can sip down 12 new Christmas cocktails created by the team at Blue Hound or order up new seasonal bites. New cocktails include creations like Jingle Balls Nog, Snowball Old Fashioned, Gingerbread Flip and more, all served in festive mugs and glasses. Standouts on the food menu include Oh My Gourd, with savory battered delicata squash (donuts), everything spice, apple butter and bourbon maple; and Gobble Gobble, with a confit turkey leg, black vinegar tart cherries and sweet potato puree; and more.

For the ultimate Christmas experience, guests can reserve an entire booth (each named after seasonal characters) complete with tableside s’mores and bottle service. Or take advantage of one of two stay packages offered by Kimpton Hotel Palomar Phoenix, which both incorporate the Miracle Bar. For more info or to reserve, click here.

The Miracle Bar will be open from Black Friday to Dec. 30. 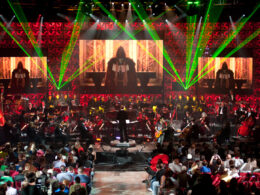 Top 10 Things To Do This Week: Nightlife

There’s always something fun going on in the Valley of the Sun, and this week is no exception.…
byCaitie Andreen 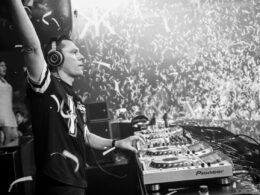 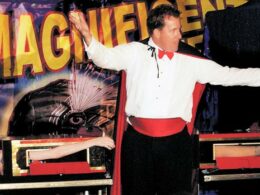 Skip the chaotic parties and overcrowded nightclubs and ring in 2017 in a unique and entertaining way. The…
bySuzanne Koch 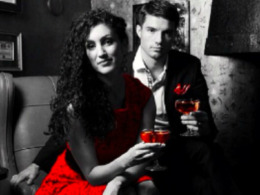 Night of the Living Red Party

A seductively scary evening awaits guests at The Royal Palms Mix Up Bar on the night of Halloween. The…
bySuzanne Koch