A skillful master of the decks, Lujan has quickly risen to the ranks of excellence in the EDM scene. Born and raised in Phoenix, Arizona, the start of LuJan’s career saw him playing to millions of listeners a week and producing over 300 unique radio episodes for several world-­‐renowned Internet radio stations like di.fm, etn.fm and party107.com. Inspired by the connection between a crowd and their DJ, LuJan ’s music and drive to create a unique experience for his fans soon secured him residencies at popular nightclubs Cream, E4, Suede and Six Lounge, two of which were named Best Nightclub by Phoenix New Times during his time there.

In 2007, LuJan’s career expanded from professional DJ to production/project manager for one of Arizona’s premier EDM promotions and production companies, Relentless Beats. This led to a prosperous relationship with national promoters GIANT, and the creation of the award-­‐winning GIANT WEDNESDAYS, three years of sold out shows that featured artists like Ferry Corsten, Fedde Le Grand, Laidback Luke, Wolfgang Gartner, Armin Van Buuren and more. 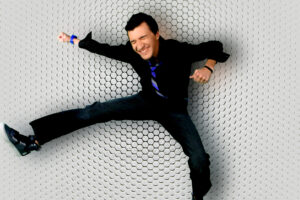 In the past year LuJan’s career has skyrocketed, with a nomination for Arizona Nightlife Industry Awards ‘Best EDM DJ’ and new residencies at one of Arizona’s hottest and most exclusive nightclubs, Wild Knight, and the dayclub/nightclub Spanish Fly’s ‘DIP Thursdays’. This year also saw LuJan’s WMC week premier, playing two stages during ‘No Sugar Added’ at Nikki Beach, where he opened one day for Joachim Garraud, and took a headlining slot the second after Arty, performing a live set with his vocalist before Alex Kenji & Manuel De La Mare took the stage.

With the release of a new interactive website, his latest summer compilation and his return to the airwaves via The LuJanic Podcast, 2012 sees no sign of slowing down for LuJan. Currently his focus has turned to his debut album, set to release in 2013. Fans can expect a lot of collaborations with various producers and local guys, because there is a ton of great talent here in Arizona. The album will be a variety of different styles of music ranging from more minimal, techy and progressive sounds to more of the trance genre, with a few vocal tracks