Home Artists & Interviews In The Valley Below
ShareTweet 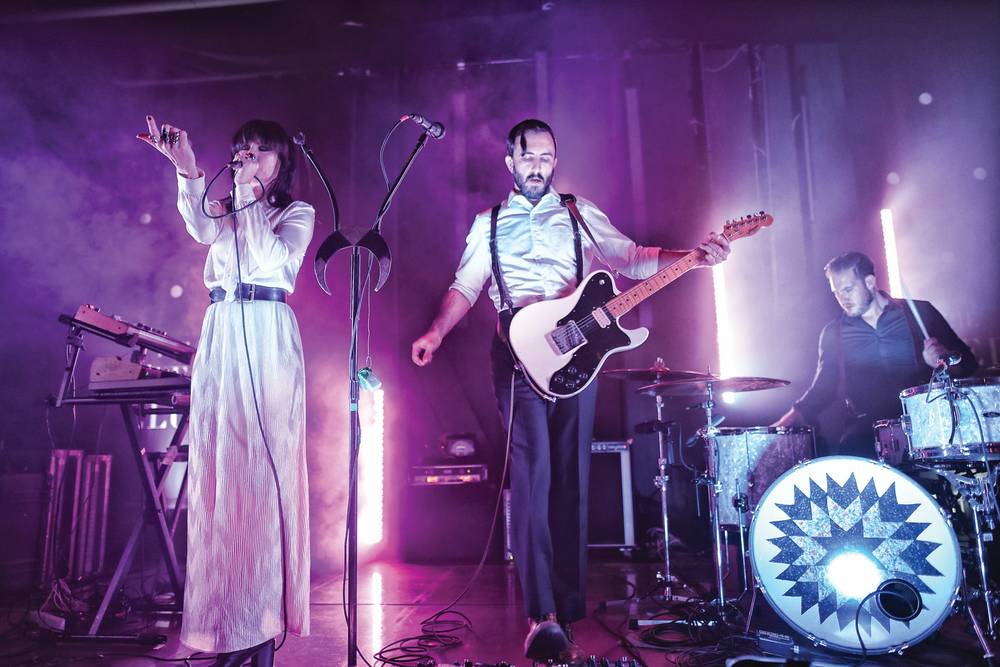 Do you pride yourself on discovering rad music before all your friends? If so, you’ll want to type “Elephant” into your next Spotify search. It’s the name and title track of In The Valley Below‘s (ITVB) newest EP. Released last week, it delivers true music lovers a 5 track sonic paradise: a blend of ethereal vocals, harmony, synths, old school guitar solos, strings and hint of gospel choir! I happen to love “Break Even” and “Pink Chateau”.

I had an opportunity to interview the band’s co-lead singer, Jeffrey- one half of the married duo (Angela being the other half). The band met while involved in other musical projects years ago and as fate would have it, they ended up finding soulmates in each other- personally and professionally. The last 6 years have been a journey of living in Los Angeles and now taking up residence in Michigan, where Angela is originally from.

The first released track of the EP is called “Bloodhands” . “The song and video were inspired by the Michael Brown shooting in Ferguson, MO. A story the band hoped would fade but continues to haunt the nation with documented police violence and racial tensions that beg “tell me why we do it”. The song ends with the benediction of a soaring gospel choir, which was recorded in the band’s newly adopted town of Grand Rapids, MI and led by local music phenom Debra L. Perry. The music video is a surrealist cinematic endeavor touching on race, religion and sexuality and how we will all end up in the hands of our children.” Angela is responsible for the direction of the video and worked closely with a cinematographer friend to see the vision through. It’s beautiful and poignant message remains relevant years later as society is still plagued with divide.

When it comes to music, it’s about writing the best songs they can and making the best music and that’s all they can control. Once they’re satisfied, they let go and it takes on a life of its own. They accept what happens with the results and hope it resonates with listeners and fans alike, yet aren’t attached to the success of it.

ITVB is currently on tour promoting the release and have gotten a great response from the fans thus far; a loyal following that’s growing every day. When not making music, you can find the band laying low and likely enjoying a beer. They’ve got a small handful of brews they’ve made themselves and also happened upon one called “Spruce Springsteen” at Founder’s Brewery in Michigan: Jeffrey’s current new favorite.

When asked what they’d be doing if they weren’t amazing musicians performing live every night? Well that’s easy….Angela would probably be a clothing designer or own a vintage clothing store, says Jeffrey. As for himself, he’d “like to open a bowling alley because it’s sounds awesome! You can go bowling whenever you want, eat nachos and people love bowling”. I told him a bowling alley should be their next music video’s backdrop…..

In The Valley Below will be playing at Crescent Ballroom on Saturday, August 5th, 2017: Tickets Here