EXCLUSIVE: Behind The Scenes With Bassjackers

A common misconception of dance music fans everywhere is that when DJ duo Bassjackers plays live, there’s two DJs playing (don’t worry, I thought the same thing). But this isn’t the case. At all. Yes, Bassjackers consists of the Dutch duo Marlon Flohr and Ralph van Hilst, however Marlon Flohr is the only “Bassjacker” you will see step behind the decks at any live gig. Although only one member of the DJ duo actually tours, one thing is apparent, their set-up works and it works well. While Flohr is on the road, playing some of the biggest festivals and hottest clubs in the world, van Hilst is in the studio producing what very well might be the next club anthem of the year.

Last Thursday after his EPIC set at Wild Knight, I sat down with Marlon Flohr, the touring half of Bassjackers, to see what he had to say about Bassjackers new remix for Enrique Iglesias, Tiesto, Ferry Corsten, his other half, and how it’s kinda like he has four arms….

AMANDA: “First and foremost… How did you and Ralph meet and start DJing/producing together?”

MARLON FLOHR: “We both went to the same high school and were friends. Ralph was always busy with music, and at some point I picked up DJing. I soon realized that in order to take it to another level, you need your own music, and I knew he was making music. Well at this time, he had stopped producing, and I was like ‘Dude! Get back to music and try to make some house/electro!’ So he started, and after 4 months we finished our first track and it got picked up by Fedde Le Grande. Then it got a little bit serious, and we were like ‘Hey, maybe this could be something’,we were both in college, and in 2007 decided to go professional.”

AMANDA: “Awesome! So are you and Fedde Le Grand friends?”

MARLON FLOHR: “Well ya… We’re not like friends like we see each other everyday, but you know all the Dutch DJs are really close and when you see each other, like on tour it’s always fun, and we’re really thankful, he basically launched us because he liked our track.”

AMANDA: “Can you explain to everyone how you two DJ together?”

MARLON FLOHR: “Ok… So that’s the thing we don’t DJ together. He’s the producer and I’m the DJ. I tour and while I’m touring, he’s in the studio working on new tracks/remixes.”

AMANDA: “So he doesn’t tour at all with you? I’m sorry.. but I think a lot of people think that you guys DJ together.”

MARLON FLOHR: “Ralph comes out for the big stuff like EDC, but just to party and see how it is and how new tracks are going down. It’s very inspirational for him to see how the crowds are reacting to the tracks.”

AMANDA: “Ok… I get it. So you use four CDJ’s yourself then?”

MARLON FLOHR: “Yep! I usually use three as main CD players, two for mixing, and one for acapellas. I que another track on the fourth one, but ya… I use all 4 of them. It’s kind of like I have 4 arms, I have quick fingers [laughter from us both].”

AMANDA: “So you guys are about to release a remix you did for Enrique Iglesias… How did you link up with him?”

MARLON FLOHR: “Well we got the request through our management and when we heard the vocals we got really excited about it.”

AMANDA: “I heard the preview on your Soundcloud. I really like it!”

MARLON FLOHR: “Ya! It’s different then what we usually do. We have a lot of bass heavy music. But those vocals were just screaming for some like big room progressive melodic stuff. So we just tried something different and we got a really good response from it.”

AMANDA: “Did you get to work with Enrique at all?”

MARLON FLOHR: “There’s a lot of people between us you know, so no not really. It’s like when you’re collaborating with a really big artist (DJ), you don’t really talk to them.”

AMANDA: “But you guys work with Tiesto a lot… He’s pretty big and seems like a friend of Bassjackers.”

MARLON FLOHR: “Ya… We’re all close. We’re all from the same part of Holland which connects us. We were in Ibiza and Tiesto was there, everyone was there. We partied and had fun. We all support each other. And when Tiesto supports you, that’s huge. When that happened, stuff started to really happen for Bassjackers really fast, we got more international, and started touring more. We’re  really thankful that he likes our stuff you know. If he didn’t he wouldn’t support us. He supports the guys that he thinks are good enough and actually likes.”

AMANDA: “That’s awesome he supports you guys! I mean.. As a Dutch DJ, it’s nice to have one of the main guys supporting you. It’s almost like you need a mentor.”

MARLON FLOHR: “Definitely! You need one of the big guys out there telling everyone that he likes you guys and that you’re doing good stuff. And then at some point hopefully you can hold yourself up. But we all still support each other.”

AMANDA: “For sure! So…You just played EDC Puerto Rico, what was that experience like? Was it different from EDC New York and Las Vegas?”

MARLON FLOHR: “First of all it’s really cool to go there. We had a closing set, so it wasn’t as packed anymore. I think a lot of people were like ‘ugh we’ve had enough’, I mean it went until 4am. We played from 2:30am-4am, but still, there was a good crowd that came out, there was a lot of energy.”

AMANDA: “You’ve spent some time in Ibiza this summer, most recently with my friend Ferry Corsten. I’ve never gotten to see a ‘Full On Ferry’ show!! Was it EPIC?”

MARLON FLOHR: “It was PACKED! The show was at Eden Ibiza, it was like rammed with people! Totally full. People were all English and they go mental!  We played and then did a half an hour back to back set with Ferry. It was a pretty amazing experience. Our back to back set was really cool. Ferry surprised me. He plays trance and was like ‘No! Play some Bassjackers stuff!’ He loved it.”

AMANDA: “Who’s some of your favorite up and coming artists?”

MARLON FLOHR: “Dyro. I played a collaboration we did with him tonight. Julian Jordan who works with Sander van Doorn. He’s a kid and plays some really really good stuff.”

AMANDA: “Very cool! So…What’s up next for Bassjackers?”

MARLON FLOHR: “We’re working on a lot of new stuff. We kind of had a release gap and weren’t putting out any new tracks for awhile. But we have a lot of new stuff coming out and the release dates are all set. We’re working on some collaborations and some remixes. Then we’re going to work on some originals. We have collaborations with Showtek, Tommy Trash, and Dyro that we’re finishing. In November we’re going on our first Asia tour. That will be cool.”

AMANDA: “I bet! Ok so finally…What advice can you give to someone who wants to become a DJ?”

MARLON FLOHR: “Well.. I think you should just have fun in what you do, you know it starts with having fun. You shouldn’t do it because you want to get famous, or you want to get all the attention, you should love the music. If you want to get somewhere, you have to produce. There’s no other way. You’re tracks are your biggest marketing tool. There really isn’t another way, that’s how everything else happens. But yes… You definitely need to love the music.”

Check out the preview of Bassjackers remix of Enrique Iglesias’s new track “Finally Found You” here:

For more information about Bassjackers: www.bassjackers.com 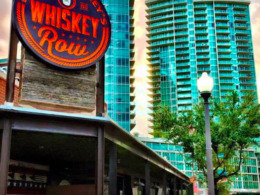 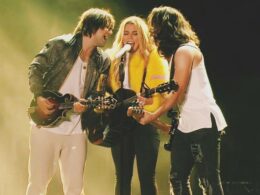 The Good Life Festival Announces The Band Perry and Heart 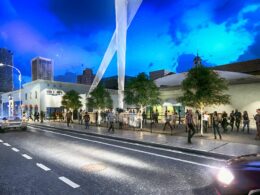 Concert-goers will soon have a new venue to rock out at come August. Located in Downtown Phoenix at…
bySuzanne Koch
Read More