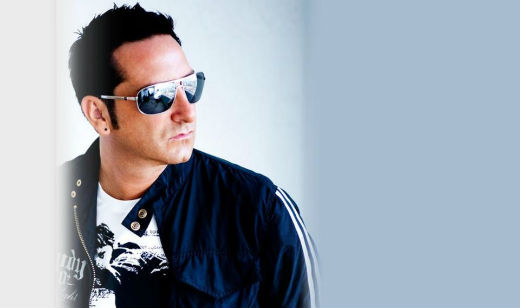 DJ, producer and co-founder of Beatport.com, Bad Boy Bill, took the time to interview with AFM before his show Friday night at Maya Day and Nightclub.  Bad Boy Bill talks new collaborations, and let’s AFM in on a little secret, he’s really not that bad boy after all.

AFM: You’re playing in Scottsdale on Friday. You’ve played in Scottsdale quite a few times, what is going to be different about this show for locals?

It’s actually going to be different for me because this is the first time I’m playing Maya. I’ve heard great things about the club, so I’m really excited.

AFM: Do you have any favorite spots in the area you like to grab a drink or a bite to eat before or after a show?

I usually stay at The W so I usually hang there for a bit before the club.

AFM: You started in Chicago during the house movement there. What was it like being part of something like that? Did you know how influential was when it was happening? Or something you didn’t realize until after it happened?

I knew it was different and special, but I had no idea how huge house music would become globally.

AFM: What were you into before dance music? Did you have a career or life plan you were on before music took over? If you were, what sparked the change? When did you know this was something you were going to seriously pursue?

I was into sports like a lot of kids, baseball, basketball etc. I started DJing Freshman year of high school and became obsessed with it. I would DJ from when I got home from school until when my parents were yelling at me to go to sleep. I would practice on the weekend or if there was a party going on anywhere I would offer to DJ just to get the opportunity to DJ in front of an audience (even if it was for only a few people in a basement house party). I worked hard, entered DJ battles, and was 16 years old when I was offered a spot to mix on one of the biggest radio stations in Chicago. At that point I knew what I wanted to do from then on.

AFM: If DJing remained a hobby, where do you think you’d be at right now?

I would have went to college and played sports and got my degree.  Not sure what business I would be in, but I’m an entrepeneur at heart, so I would definitely be involved in building a company of some sort. 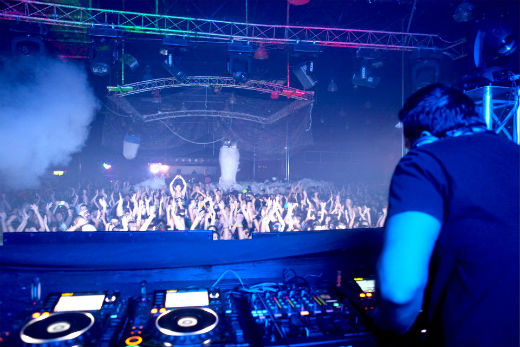 AFM: What influenced you and DJ Bam Bam to make the new track “Looking for Something?”

Bam Bam and I have been friends for a long time, and we have worked on a lot of songs together. I was working with Miss Palmer on her solo EP, and asked her if she would like to sing on a new track Bam and I were working on and she agreed. It was a lot of fun, and we were excited when Avicii’s label wanted to put it out.

As far as inspiration, I am constantly listening to all genres of music and I pull from everything to create my sound.

AFM: When you take on making music, are you more of an artist inspired by feelings and experimentation or a sound engineer who applies logic and principle?

Both. I think music has to connect to you emotionally first, but I am also always working hard to perfect the sound and the quality of the sound recording.

AFM: Use three words to describe the style of your music.

AFM: Who are some current and older artists you’re into? EDM or not. If you want to party what are you turning on vs. when you want to relax.

Well my favorite artists of all time are Sade and Sting. I think they have the most amazing and unique voices.

When I’m not DJing, I listen to all genres of music from hip hop, to rock, to electronic, but my favorite station is 1st Wave on Sirius (Classic Alternative).

AFM: If you could tour with any three artists, any genre, dead or alive, who would they be and why?

Daft Punk because I think their music is so innovative.

Motley Crue because after reading The Dirt, I think it would complete and utter debauchery.

DJ AM because we played a rave together once in Denver and he’s a super cool guy, plus he rips it up on the decks. 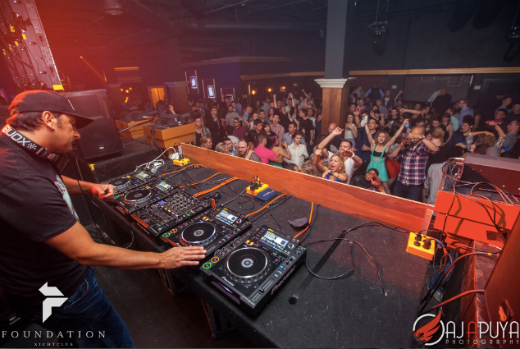 AFM: I see you’re booked for shows through July? Anymore shows planned after July for Labor Day Weekend, Halloween or NYE? Or are you planning some studio or down time?

I am on a constant touring schedule but since I mostly play on the weekends, that leaves Monday thru Thursday for studio time.

AFM: Are there any new collaborations fans can look forward to from you this year?

AFM: Do you have future plans that don’t involve making music? Are you a DJ for life or do you see yourself wanting to settle down at some point?

I am a DJ for life but I have always been involved in other businesses (like running my record labels, also co-founding Beatport.com). As long as I am learning, creating, and contributing, I am happy.

AFM: I’m sure all of your lady fans want to know. Are you a free man or taken?

Joe Pesci said it best in Goodfellas, “”I settle down almost every night but then in the morning I’m free. ” I’m just kidding, but yes, I’m currently single.

AFM: What’s the craziest thing a girl has ever done to get your attention or try to get back stage?

Honestly when I’m DJing I’m in my own world up there and I have no clue whats happening backstage. My road manager is the one to ask, he gets to deal with all the craziness and all the people wanting to come backstage.

AFM: Can you tell us a PG-13 story from touring?

I’m going to let you in on a secret for those who don’t know me. Even though my name is Bad Boy Bill, I’m a really laid back and chill guy.

I rarely drink and I have never done any drugs, so I would say my tour is pretty much all PG-13.

AFM: You have one day free to do whatever you want, what are you doing?

I would say hang with my friends, have a bbq, shoot some hoops, catch some rays by the pool, and watch a movie at iPic at night. That to me is a perfect day.