Aly and Fila are the biggest DJ acts to come out of Egypt in a long time — arguably,  ever. Their unique progressive and trance sounds are heard internationally, and tonight they will play live, at Wild Knight in Scottsdale. Fadi “Fila” Naguib, half of the DJ duo, spoke with AFM about the upcoming album, Quiet Storm, his friendship with Aly and Paul Van Dyk.

AFM: So you’re playing at Wild Knight tonight, what should people look forward to with your show? How’s it going to be different? Are you going to be playing any new tracks from your new album?

Fila: Exactly, yea, we’ve got the new album coming out so people are going to hear some new songs for the first time. I have a lot of new remixes, new music from my label, Future Sounds of Egypt. So there will be a lot of new stuff. But we will play classics also. I like to balance stuff. If you play all new stuff then people won’t know it.

AFM: Definitely, it sounds like it’s going to be a great show. So how did you and Aly meet and start making music together?

Fila: Well, we both were friends since kindergarten we were in the same kindergarten and high school, and were best friends until now, ya know? We had the same the same taste in music. We listened to tapes from Paul Van Dyk and Tiesto’s stuff. Then we had a lot of friends traveling abroad who would bring back new tracks.

AFM: So you both got into it together, no one influenced one more than the other?

Fila: No, because we had the same influence, Paul Van Dyk. We  had the same vision: the banging, uplifting, melodic sound. That is what we really like. We both really have the same taste in music. We never have have a fight or disagree, we always know each other, and if we make something the other adds to it.

AFM: You’re on the same page.

AFM: I can imagine going into the music industry, having your best friend along your side makes it a lot easier to persue your dreams.

FIla: Exactly, it’s really easy. Ya know, I think to have a business with anyone is really hard. When money gets involved, it creates problems. With Aly, everything is fair, we never have fights or anything.

AFM: So no Beatles drama with you guys?

AFM: Right? The money would be nice (laughs).

AFM: So, you guys are from Cairo  which is a different world compared to the United States. How would you compare the differences in the music scenes your involved with here vs. the Middle East? How are your fans different?

Fila: Well the United States is huge, like with the amount of clubs you can play music in. It’s ridiculous, ya know? It’s really only  hot in like four cities in Egypt you can play at like Cairo  Alexandria and a few others, and that’s it. But it’s pretty big everywhere there, trance and EDM in general. But ya know, the  U.S.effects the world. What is big here is big everywhere.

AFM: Yea definitely. Let’s talk about your album a little bit. It’s called Quiet Storm. How did you come up with that name?

Fila: Well, first there is a track on the album titled “Quiet Storm.” We found that after we did this track that it fit the whole idea of the album so much. It begins really easy and nice, and in goes into something really powerful and uplifting. It’s a bit different than our last album. We tried some new sounds, but we kept our signature sounds.

AFM: So when you guys make music are you inspired by any specific feelings or events? Or do you approach music as a science? How does that process start for you?

Fila: I like what you said, “approaching is like science.” Music theory is very related to mathematics. That’s one thing. Then also being inspired just every weekend. Ya know — go to a nice place, DJ there for an amazing crowd. We get inspired so much. We take that back to the studio when we work, and work and work. Going to new places and people are one of our biggest inspirations.

AFM: So you have your FSOE podcast. Do you approach that the same way as when you are going to play a live set? Or do you have a different process?

Fila: It’s always different. There are some tracks that you might love to listen to, that don’t work on the dance floor. It’s a bit different, but shares the same vision and direction.

AFM: Who are some of your favorite producers right now?

AFM: Are there any plans to collaborate with anyone in the future?

Fila: There are plans to collaborate with Paul Van Dyk.

AFM: The last two questions I have are kind of random. So the first, what is the craziest thing a fan has ever done to get your attention?

Fila: When you see someone with your tattoo on their body.

AFM: So people get tattoos of you? Like your name?

Fila: Yea, people will get the Aly and Fila logos on their arms, or back. I’m like, that’s crazy, but amazing.

AFM: Whould you get your logo tattooed on your body?

Fila: Would I get my logo on myself? No, I don’t love myself that much (laughs).

AFM: Yea, now that you mention it, it might come off as a little narcissistic. So, last question. On a perfect day where you have nothing to do, money isn’t an object. What would you love to do?

Fila: I would be enjoying a normal person day. Getting sleep. Having fun with some friends. I would love that. 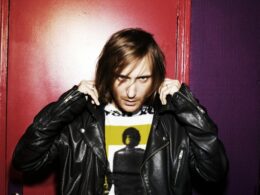 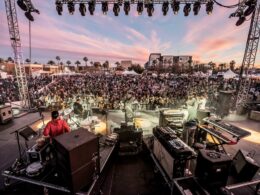 Behind the Bar: Angie Engelmann of Omni Montelucia’s Taqueria Centro 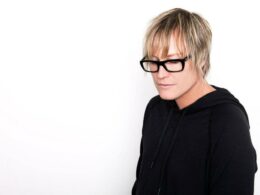