For fans that couldn’t get a seat at the Big Game, CMT has partnered with Premiere Networks and Phoenix-based iHeartMedia radio station 102.5 KNIX, The Valley’s New Country Leader, for an unofficial post-game concert featuring country-rockers Big & Rich and Chase Bryant on Sunday, February 1.

CMT After Midnite with Cody Alan is nationally syndicated by Premiere Networks and broadcasts live from CMT’s Nashville studio, reaching more than two million weekly listeners on more than 220 radio stations across the country. The long-running syndicated show provides fans with 360-degree coverage of the music they love, including the latest in new music, interviews and performances, straight from Nashville.

“No matter who wins the game, we’re going to throw down with Big & Rich, Chase and our partners, 102.5 KNIX. I hope this is the first of many After Party gigs for CMT After MidNite,” said Cody Alan, CMT Host. “I’m also honored to shed light on Notes for Notes, a meaningful charity that introduces kids to music.”

Tickets are on sale now atDierkswhiskeyrow.com with a portion of the proceeds going to Notes for Notes, a non-profit organization which builds, equips and staffs after-school recording studios for youth around the country. 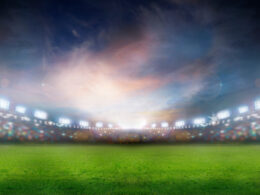 15 Hot Places to Watch the World Cup in Metro Phoenix

Viva FIFA!  Fans of fútbol, also known as America’s soccer, from around the world look forward to the FIFA…
byCaitie Andreen 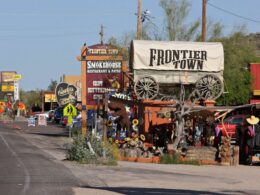 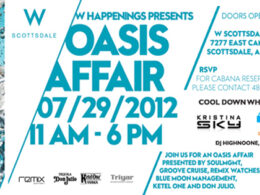 The Groove Cruise takes over the W Pool

Get ready Scottsdale… On Sunday July 29th, The W Scottsdale pool will be turned into your very own…
byAmanda Logan 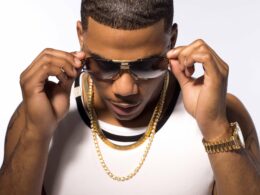 The Coors Light Birds Nest has just added another superstar to its lineup. GRAMMY-winning rapper, singer and songwriter Nelly has been added to the final night of the weekend's events alongside GRAMMY-winning DJ Zedd.
bySuzanne Koch