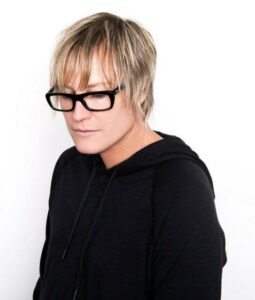 Over the past few years, Christopher has received numerous awards and accolades. Currently ranked one of the World’s Top 100 DJs on the DJ List and previously reaching #4 on DJ Mag’s Top 100, Christopher is a winner of “Best DJ” at both the Dancestar US Awards and Los Angeles Music Awards, Christopher has additionally been nominated in Dancestar UK Awards, DJ Awards, International Trance Awards and the Global DJ Mix Awards. Christopher has also topped dance music polls worldwide. He has graced the covers of countless magazines, newspapers and publications worldwide, and is the only DJ to make the cover of America’s DJ Times magazine twice in one year.

Described as the “Biggest DJ in the USA” by the BBC’s Radio 1, Christopher clocks up over 400,000 frequent flyer miles a year and a list of international events too long to mention. One need look no further than the top international clubs and dance festivals from Creamfields to Global Gathering to find Christopher’s name. Meanwhile, back in North America, Christopher continues to be one of the country’s most sought after DJs, breaking attendance records in cities across the country. A festival favorite, Christopher has played the famed Coachella and Nocturnal festivals more than any other DJ, and was also the only US DJ invited to headline all three of the inaugural Ministry Of Sound, Cream and Gatecrasher tours of America.

Described as “A Highly Respected Producer” by Mixmag, Christopher won a preliminary Grammy nomination in 2002. A trance pioneer since the nineties when he signed with Hook Recordings, Christopher’s tracks have been hammered by DJs from Armin van Buuren, Ferry Corsten, Paul van Dyk and Tiesto to Paul Oakenfold. Christopher’s reputation as a producer is superlative with a discography of groundbreaking tracks such as ‘A Little Rush’, ‘Lie to Ourselves’, ‘Freefall’, ‘Continuation’, ‘Beyond the Limit’, ‘Scorcher’, ‘Shredder’, ‘Rush Hour, plus remixes for artists from LMFAO and U2 to Enrique Iglesias. Beyond the dance world, Christopher’s music has appeared on TV shows from MTV’s ‘Real World’ to ‘Hotwheelz’, as well as computer games including ‘Need for Speed 2’. Christopher also recently signed an exclusive remix deal with Motorola for their forthcoming series of international mobile phones.

Christopher’s debut artist album ‘All Or Nothing’ and the follow up, ‘Un-Hooked’ both topped the iTunes dance charts and met with widespread chart and critical acclaim from the world’s toughest critics from Rolling Stone to the Washington Post. Christopher is currently working on his third artist album, due in Fall 2011.

On the label front, Christopher launched Pharmacy Music mid decade with successive hits from artists including John “00” Fleming, Jonathan Allyn, Sean J. Morris and more. The label has become one of the most respected underground dance music labels in the world with support by leading DJs.

Other new Christopher Lawrence projects include the launch of two DJ side projects. The first is Fleming & Lawrence, which is the moniker under which long time friend John ‘00’ Fleming and Christopher currently record and tour. Christopher has also launched ‘Mr & Mrs Smith’, a DJ side project with his wife Sara. The sound is tough electro, a far cry from the main room trance sound that has made Christopher famous and promises to be a new and exciting creative chapter.

Over the past decade, Christopher has also established himself as one of the US’s biggest selling DJs. He released a string of record breaking mix compilations including ‘Rush Hour’, ‘United States of Trance’, ‘Gatecrasher: Live in Moscow’ (MOS), ‘Unfold’ and ‘Global Trance Grooves Presents Two Tribes’ with whom he joined forces with UK trance superstar John “00” Fleming.

On the big screen, Christopher has appeared in ‘Full or Ferry – Masquerade”, ‘Midsummernight’s Rave’, as well the documentaries ‘Liquid Vinyl’, ‘Intellect’, ‘Put The Needle On The Record’, ‘World Party On Tour’ and ‘American Massive’ to name a few.

In the world of international dance culture, there are DJs who are leaders and those who are followers. Christopher Lawrence is a true leader.