It’s always a blast catching up with Arkells, the touring band currently home celebrating Canadian Thanksgiving before they roll over to the US and make a stop at Austin City Limits. They’re scheduled to release their new album, Rally Cry, October 19th, 2018 and in doing so, will be on tour with St. Lucia and then slide right into a UK tour in November. This album is a return to an unadulterated rock sound streamlined with seamless lyrical verse from the group featuring vocalist Max Kerman, guitarist Mike DeAngelis, bassist Nick Dika, keyboardist Anthony Carone and drummer Tim Oxford.

Max and I spend a few minutes reminiscing our last conversation and get right into reflecting on everything they’ve done in the last 365 days. They performed at the Winter Olympics in South Korea in February, played in front of 24,000 people at their “Rally” in Hamilton, Ontario in June, welcomed a baby into the Arkells family (via Tony Carone), released Relentless as the soundtrack for NHL 19 and are dropping their latest album with UK and US dates to promote. It may seem like they are constantly moving, and Max confirms it’s not for lack of dedication to the game. “We really work to earn everything we have. There’s never been a time in our career where we had no clue as to how we landed something. We’ve never woken up to throngs of screaming fans. Everything has been built brick by brick.”

A memorable moment for him personally was playing Chicago, building a show from the ground up and playing to a sold-out crowd of 600. It wasn’t the size of the show that mattered, it was that the plan came together and everything they designed was well executed, which he acknowledged isn’t always the case. He most relates to other artists who share his sensibilities  in work ethic; disconnecting a bit from the mythology of the art, remembering this is the job, then just executing.

Their newest release from the album, American Screams, delves into the politics which are constantly in the spotlight in America. The lyrics: “Down in the desert, outside the Mandalay, hoping and praying didn’t change a thing…You’ve got your good book all wrong, you wanna to do God’s work, it’s gonna be hard work.” I ask Max to tell me more about this as it was related to the mass shooting that occurred in Las Vegas in 2017. He says, “The themes are around the hysterical nature of the political dialogue that’s happening right now in America. The constant screaming back and forth, the refusal to give an inch to the other side and everybody doubling down at any cost…. It became highly politicized and no matter what happens, people continue to double down.” We dive a little deeper which I know will be well received seeing as Max studied political science. I ask how he thinks these things impact culture and music. “We’re susceptible to the things we hear and the things we see and that helps inform the way we act and the things we say to ourselves. What’s frustrating is that what I just know, is the rhetoric from leaders really makes an impact one way or another.”

Max segues to the chorus “You’ve got your book all wrong” when he iterates that “really the tenets in most religions are similar; try to be kind and patient and have grace, mercy, all positive qualities, but to access them you have to dig deep. Often the instinctive human reaction is to be an asshole, so the trick is, how do you show a little bit of patience and dig deep?… If “you wanna do God’s work it’s gonna be hard work”… and hard work isn’t a bad thing. So, for the conversation to improve, I think everybody has to take a deep breath and try to find a little bit of goodness in the person they’re disagreeing with and then move forward together.”

Max shares a quote with me from CNN’s Jake Tapper which sums up the bottom line: “Mean is easy. Mean is lazy. Mean is self-satisfied and slothful. You know what takes effort? Being kind. Being patient. Being respectful.”

Make sure you catch Arkells live this Fall via tour dates here: http://www.arkellsmusic.com/live/ 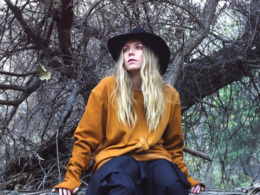 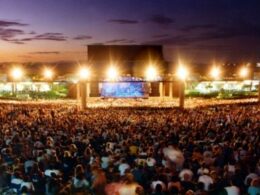 Arizona’s largest outdoor entertainment venue doesn’t just bring the bulkiest and most enthusiastic crowds, but the most notable…
byChristina Tetreault 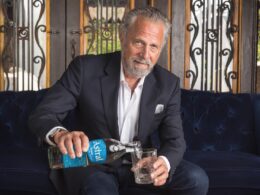 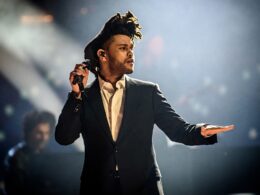