The 11th Annual Phoenix Cooks! 2015 returns Saturday, Sept. 5 at the Westin Kierland Resort & Spa. Attendees will be able to sample fare from local restaurants like the Arizona Biltmore and The Greene House, as well a variety of wine, beer and spirits. Aside from just nibbling, there will be three stages hosting different chefs and their culinary talents every half hour. Finally, two chefs will compete “Iron Chef”-style to see who has what it takes to make the best dish. General admission tickets are $85 in advance; $100 at the door. Designated driver tickets are $60. phoenixcooks.com.
The James Beard Foundation announces the third consecutive year of the Taste America: “Local Flavor from Coast To Coast” (pictured) national epicurean tour, which will visit 10 American cities this fall. Phoenix’s weekend-long Taste America itinerary will kick off Sept. 25, at The Royal Palms Resort and Spa with “A Night of Culinary Stars.” The evening will begin with a reception during which guests will enjoy eats and drinks from the Valley’s best and brightest culinary talents. Afterward, guests will be seated for a dinner prepared by two James Beard Award winners, Taste America All-Star Michel Nischan and Pizzeria Bianco’s Chris Bianco, along with host chef, Todd Allison of T. Cook’s. The event is $275 per person. The following day, Sept. 16, enjoy free, in-store events at Sur La Table at Kierland Commons. Activities include a cooking demo, book signings, tastings, product demos and more. Reservations for the free cooking demos will begin two weeks prior to each event at jbftasteamerica.org.
The Scottsdale Spice Culinary Event returns to The Venue of Scottsdale on Saturday, Sept. 12. The event will feature more than 30 Valley chefs battling in a spicy competition in which they will prepare dishes in three heat levels: mild, medium, hot and nuclear. Each participating chef will submit one dish for the World Chef Challenge competition to be scored by judges and event-goers. The winning chef will advance to the next competition round and win entry fees to the three-day World Chef Challenge in Florida. General admission is $45 for Scottsdale Chamber of Commerce members (the event’s sponsor); $55 for non-members. Admission includes unlimited food samplings and seven drink tickets. scottsdalespice.org.
On Sept. 20, Dominick’s Steakhouse  hosts the 15th Annual “Behind the Flames” Scottsdale Firefighters Charities Dinner. The annual dinner recognizes outstanding Scottsdale firefighters, declares the 2015 Firefighter of the Year, and is sponsored by the Scottsdale Firefighters Association and attended by Scottsdale Mayor Jim Lane, city council members and supporters. Starting at 5 p.m., guests will enjoy cocktails on the rooftop of Dominick’s, followed by a dining experience of prime steaks, seafood and signature dishes. Six-time Olympic gold medalist Amy Van Dyken-Rouen and Arizona Hotshot widow Juliann Ashcraft as scheduled as featured speakers. Proceeds will benefit more than a dozen charities. Individual tickets for the evening are $150 and several sponsorship packages. 602.799.9543. 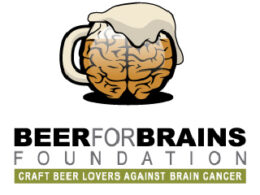 Though wonderful craft beer is reason enough for a party, the Beer For Brains Foundation’s Off-Centered Experience Craft…
byMelissa 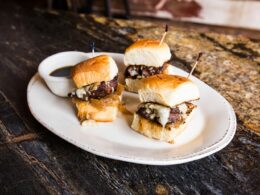 Announcing Fun in the Sun with Square One Concepts

Square One Concepts has announced a very special summer giveaway--with a brand prize that could have your enjoying some sand between your toes in no time.
byMelissa 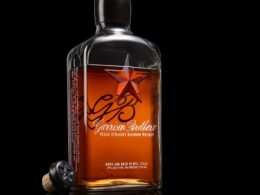 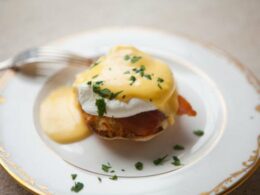 They say breakfast is the most important meal of the day–and we surely won’t argue with that. Bacon,…
byMelissa