In honor of International Women’s Day, David Kearns, Maker’s Mark Diplomat, discusses Margie Samuels, who along with her husband Bill Samuels Sr., created the beloved bourbon in the 1950’s.

Tell us about Margie Samuels and her role within Maker’s Mark.

Margie was the other half of our founding couple.  Bill Samuels Sr. created the whisky.  He was also very much an introvert. Marge was more outgoing and marketing minded. She knew that if Bill would be in charge of the bottle and marketing, that he would settle for something simple that did not stand out. So she made him a deal: for every dollar Bill spent on distilling, she would get a dollar for designing the package, making the distillery beautiful and a great place to visit and, in a way, marketing. She knew that Bill would make a great whiskey, the package needed to reflect what was in the bottle. Without her, I don’t think we are as successful as we are today as a brand.

Bill created the whiskey; Margie created the everything about the bottle and the name. So the saying holds true to how people shop. You shop and drink with your eyes. The bottle, the red wax, all of it was designed to stand out on the shelf or back bar. It was designed by Margie to catch your eye. So you give it a try, and the whiskey is delicious. So I will take the saying above a bit further: Bill made the whiskey, Margie made it iconic!

What is unusual for women to be involved in the spirits industry in the 1950’s?

The spirits industry, specifically the bourbon industry, has always been male-dominate.  There were women in the industry at the time, but they were in production roles like bottling. Marge is considered by some to be the most important women in bourbon history. She not only created the package for Maker’s Mark, but she made the distillery a beautiful place to visit. The idea of if the distillery was nice, then you would want to drink the whisky. She really created the idea around bourbon tourism, which has led to the Bourbon Trail, which every year boasts over a million visitors to Kentucky to visit the Bourbon Trail.

How is Margie’s legacy celebrated by the brand today?

We talk about our founders, not just Bill Sr., but both Bill and Marge in equal light. We have continued to focus on making Maker’s Mark distillery one of the best stops on the Bourbon trail.  She is a member of the bourbon hall of fame. We talk about her all of the time, focusing on her accomplishments on days like International Women’s Day. We honor her on the tour at the distillery at one of the most exciting places on the tour and that is the bottling line.  This is where you can see that every bottle of Maker’s Mark is hand dipped, just like the first bottle was in 1958.

What makes Maker’s Mark so special and such an iconic sip?

The vision that Bill and Margie created, built and completed in the 1950’s still holds true today.  We have not changed anything about the process of making our bourbon or the packaging. We have held true to Bill’s taste vision, a full-flavored, sweet, creamy whiskey with no bitterness and we have held true to the vision that Margie created. We use wheat as our majority flavoring grain, which makes the whiskey sweeter than a rye-spiced bourbon. In fact, not much has changed at Maker’s Mark since 1953, the distillery looks the same, we have grown, but as we have grown, we have not changed the process. Our team at the distillery makes one whisky and that whiskey is the same as the whisky that Bill Sr. started distilling in 1953. 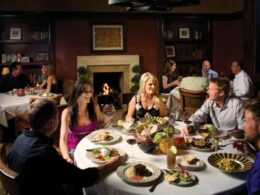 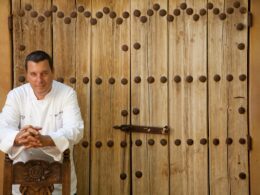 Though the weather starts inching back to the double digits in September, the Valley is still heating up,…
byMelissa 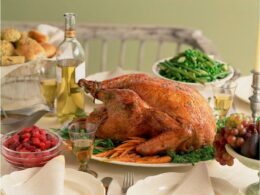 12 Spots To Do Thanksgiving 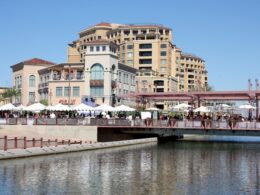 Weight gain is typically an issue around the holiday season. However, you might want to slate a few…
byMelissa