Valentina Bertazzoni, fifth generation manager of Bertazzoni Italia, on four top trends in kitchen design in the new year.
Customized Kitchen. Bertazzoni is seeing a rise in the desire for double integration of appliances, both esthetically and functionally. Esthetically blending design-wise into the cabinets for a clean, consistent, synchronistic look. Also, from the functional side, the desire appliances that are multi-functional, capable of both traditional and alternative cooking methods, without cluttering the kitchen.
Lifestyle Cooking. The trend is going more and more distinctly in the direction of selecting different cooking technologies such as the use of steam to cook or the use of non-traditional cooking surfaces. We saw this trend starting in the last two years and it has definitely evolved in the last year. For instance, the use of steam and convection to cook, or microwave and convection. In this way, it is possible to have a beautiful kitchen while also facilitating cooking, making it healthier and faster. By using a convection speed oven (microwave and convection), it is possible to cook roasted potatoes in 20 minutes, rather than 60, and cedar plank salmon in 15 minutes, down from 30.
An Uncommon Duo. People are seeking avant-garde kitchen combinations more often, meaning we will see more kitchens with both a freestanding range and build-in ovens. It’s the idea of “as well as” rather than “either or.” Consumers no longer have to decide between the two.
Color Remains Strong. The idea of color in the kitchen is now a reality. Consumers love the pop of a warm, vibrant red, yellow, or even orange range to add personality and a focal point to the kitchen. Color is here to stay. Pictured: Professional Series 30 Induction Range in Arancio ($5,999). 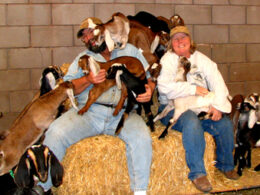 Located on the Farm at South Mountain in Phoenix and dishing up domestic ingredients from Arizona’s finest, Quiessence…
byMelissa 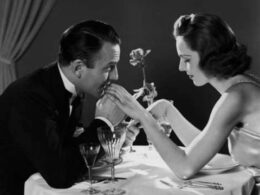 While our loved ones are sure to swoon over coveted restaurant reservations this Valentine’s Day, we’re sure they’ll…
byMelissa
2 shares
0
0
2 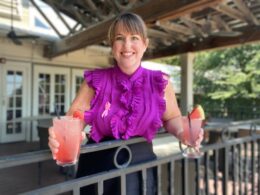 For the entire month of October Z’Tejas Southwest Grill will be selling pink awareness ribbons, $10/ribbon for The Singletons.
byTyler Hollis
2 shares
0
0
2 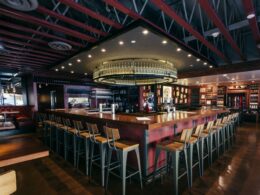 A Taste of Merkin Vineyards

It is no surprise that the new Merkin Vineyards Old Town Scottsdale-based wine bar would have exceptional sips.…
byMelissa
2 shares
1
0
1