Now that 2013 is upon us, local chefs and national brands are unveiling their food and beverage trends to look out for in the new year. For insight on what trends will be flooding restaurants and markets in 2013, check out this food and beverage report from JWT, one of the world’s best-known marketing communications brands.
Allergen-free: With food allergies rising worldwide—a 2011 study found that as many as one in 12 American children may have a food allergy, twice as high as previous studies found—we’ll see “allergen-free” becoming as ubiquitous as gluten-free. Products will multiply as more brands build facilities dedicated to manufacturing foods free of allergens like dairy, peanuts, egg, soy and shellfish.
Chia seeds: Make room for another superfood: Chia seeds, once part of the Aztec and Mayan diets, offer protein, antioxidants and fiber, as well as omega-3 fatty acids.
Desalination: With forecasts of serious freshwater shortages by 2030, and improved technologies helping to lower production costs, nations are investing in seawater desalination.
Faux meat: Meat substitutes are gaining adherents among the masses as more people cut down on meat for budget, health or environmental reasons and as faux meat gets tastier and more convincing.
Food sharing: One of the10 Trends for 2013 outlines the rise of peer-to-peer services, from car-sharing to accommodation-sharing. One of the newer categories is food-sharing, which encompasses both meal co-ops—services like Mealku in New York and Super Marmite in Paris that enable sharing of home-cooked dishes—and concepts like Feastly that bring disparate diners together in the homes of amateur chefs.
Humane food: Consumers will become more concerned about the humane treatment of the animals they eat, a trend that’s already under way in Europe. Watch for animal advocates to bring new issues to light and mainstream consumers to pay close attention.
Menu-free dining: As more restaurants try to be all things to all diners in this era of fussy eating—catering to a multitude of dietary restrictions and food allergies—some are going in the other direction, adopting a limited-options approach.
Mid-calorie foods: The concept isn’t new (and some previous offerings have bombed), but food scientists are doing better at producing tasty products that compromise between all or nothing. With consumers wary of “light” and diet foods but looking for healthier choices, it’s a potentially lucrative niche.
Online groceries: Online grocery shopping is slowly going mainstream as more consumers start purchasing across channels. A 2012 global Nielsen survey found that 26 percent of respondents planned to buy food and beverage products using a digital device in the next three to six months, up from 18 percent  in 2010. In the U.S., IBISWorld is forecasting annual growth of 9.5 percent in the sector.
Reduced-guilt candy: Consumers can have their cake and eat it too with candy that dials down on the sinful stuff and amps up the beneficial ingredients. Supercandy, from a company called Snap Infusion, is marketed as a functional food: Its gummy candies, jelly beans and caramels are enhanced with vitamins and electrolytes and sweetened with evaporated cane juice and tapioca syrup.
Teff: Consumed for thousands of years in Ethiopia, this super grain has been slowly gaining favor outside the Horn of Africa, due in part to its exceptional nutritional quality. Teff is gluten-free, full of essential amino acids, high in protein, calcium and fiber, and low in fat. As consumers embrace ancient grains like quinoa and millet, we’ll see more interest in teff flour and recipes that incorporate the tiny grain.
Vegan babies: As veganism gradually gains more interest and adherents, more parents are starting to introduce their animal-free eating habits to their offspring.
Vegetable boxes: Watch for this trend, which has long been popular in the U.K., to pop up in more markets and become a new revenue stream for brands and retailers. These boxes, delivered to customers’ homes, are packed with locally grown and mostly organic produce and sometimes meat and dairy products. They appeal to consumers who want to support local producers directly and enjoy the challenge of cooking with unexpected and sometimes unfamiliar ingredients.
Vertical farming: In a bid to reduce its dependence on imports, Singapore recently opened the first commercial-scale vertical farm. Its 120 aluminum towers, each 30 feet tall, produce more than 1,000 pounds of vegetables a day. Vertical farming is reputed to be more environmentally sound than traditional farming and also enables year-round agricultural production.
Yogurt shops: Yogurt has been spiking in popularity, especially in the U.S., as consumers seek healthier snacks and functional foods, and embrace Greek yogurt. Now yogurt is going from the shelf to the streets.

Need A Last-Minute NYE Plan or Dinner? We’ve Got You Covered

Need a last-minute NYE plan or dinner with your friends and family? Here are some NYE events, dinners, and to-go options in the Valley.
byTyler Hollis 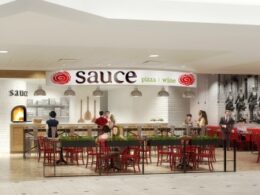 It’s no secret that airport food isn’t exactly gourmet. Cold sandwiches and hot coffee are typically all that…
byMelissa

Now that 2013 is upon us, it is time to talk food trends for the coming year. One…
byMelissa

After a successful inaugural year, Nirvana will once again transform Sanctuary on Camelback Mountain Resort & Spa into a food-filled paradise for four days this spring.
byMelissa