The Scottsdale Resort at McCormick Ranch has given its three Presidential Suites a makeover after completing an entire architectural, decor and soft goods renovation. The new look is part of the resort’s continued $11 million renovation which kicked off in September 2015 to transform the entire property.

The 1,375-square-foot suites received a major redesign which totaled $150,000. The new look includes an open concept with a modern Spanish flair. Some of the features include new textiles, bedding, furniture, original artwork and a brightened color scheme in blue, grey, burnt orange, black and white. Each suite features a separate living room and bedroom with a king size bed, powder bath and guest bathroom, dining room with seating for eight, and wet bar along with floor-to-ceiling windows and balcony to take advantage of the dramatic golf course views of McCormick Ranch Golf Club.

The three suites are named after historical Scottsdale figures and located on the first, second and third floors of the McCormick Building which was recently renovated in 2015.

The Presidential Suites are priced at $850 nightly, any day of week or time of year. 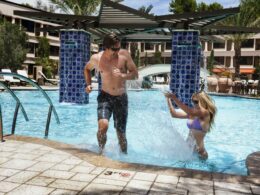 For a limited time, The Scottsdale Resort is offering a special discount off its best available room rate.
byChristina Silvestri
3 shares
3
0
0 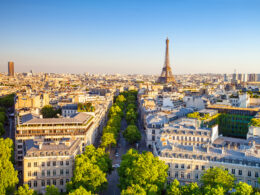 It's time to dust off that passport!
byChristina Silvestri 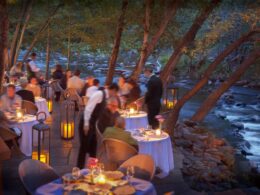 Take Thanksgiving outdoors with a scenic creekside dinner at L’Auberge de Sedona. The resort is inviting guests and…
byChristina Silvestri 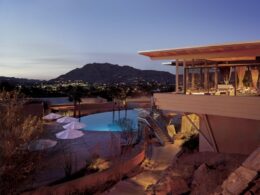 Seize the Off-Season Prices at This AZ Fave Resort

As we sit here covered in sweat from this heat, we are looking for positive things to focus…
byLeslie Hughes