Married/Single: Married, our rehearsal dinner was catered by a Waffle House truck and remains a life highlight.

City you live in: Gilbert, AZ and Tucson, AZ

A typical day in my life includes… the cool thing about my job is that it’s never the same, great ADHD job, but it’s usually about creating art or making the work of other artists possible. Also, all days involve coffee.

I was born… on Thursday. So, I’m Thursday’s child, I have far to go. Which has always been true.

My favorite thing about Arizona… is it’s the soul of our country, we decide presidents, we create art for the rest of the country, and we have the best tacos.

I’m listening to… Bree Lowdermilk/Kait Kerrigan’s amazing music for Justice the musical, we’re premiering in the Spring. It’s about Justices O’Connor and Gingsburg. I cry every time.

My family… is hilarious. Truly it’s a sitcom at my house.

If I could have dinner with anyone, it would be… My dad. He never got to meet my wife or my daughter, so we would have A LOT to catch up on. Also, if he knew the Suns made the finals, he’d really be shocked. Isn’t that the big news of the last 10 years?

One thing I cannot live without… I’ve been in active recovery for 10 years, so I literally wouldn’t be alive without it. And I tried to make sure I pass on to everyone that redemption, recovery and joy is possible.

When I was younger, I wanted to be… Artistic Director of Arizona Theatre Company. Now I gotta come up with a new goal!

I’m inspired by… Christopher Oscar Peña, playwright of ATC’s how to make an American Son – from writing for Insecure to his new show for ATC, he’s making sure Latinx stories are part of the national conversation and on ATC’s stage.

The one person who motivates me is… Lauren Gunderson, most produced playwright in the country, who has two shows at ATC this year. I’m always amazed by her skill, southern charm, and dedication to telling stories that aren’t always centered.

If I could change anything in the world, it would be… world hunger.

The perfect day would be… Rehearsal with my favorite artists, or the beach with my family. Maybe spending the morning at one and afternoon at the other?

My first job was… I was a bag boy at Publix, I still have nightmares of putting bread at the bottom of a bag.

My favorite escape… anyone who swings away on a rope. XOXO

My life… wouldn’t be what it is without my mom. 10 years ago, I was suicidal, my mother talked me out of it, and got me sober – actually it was exactly the one year anniversary of her getting sober – so we share the same sobriety date one year apart. October 12th is when our lives got started.

I’m currently working on… next season Arizona Theatre Company will have a show off-Broadway and it’s first show on the West End in London. So, I’m trying to find housing and fun places for toddlers in both cities.

Always… watch that West Wing re-run you stumbled upon.

Never… say never. It’s a small industry, I was always told to be nice to people on your way up, so they’ll be nice to you on your way down. THIS IS TRUE.

Favorite Quote…  “Heartily know, when half gods go, the gods arrive.” – Ralph Waldo Emerson, or “Everyone has a plan till they get punched in the face” – Mike Tyson

Biggest Dream… for Arizona Theatre Company to really become the local theatre the world pays attention to. There’s no reason why Arizona can’t be the center of the theatrical universe.

My Pet Peeve(s)… in our field you have to learn to be happy for the successes of others, and that’s a note for myself as well, so my biggest pet peeve in myself is when I have to work at that. 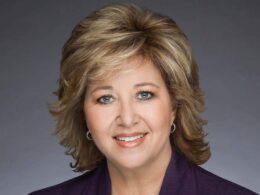 Meet Donna Rossi, who works for the Buckeye Police and Fire Departments building a communications division from the ground up.
byTyler Hollis 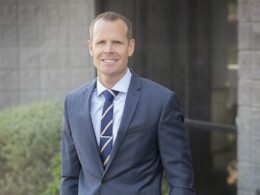 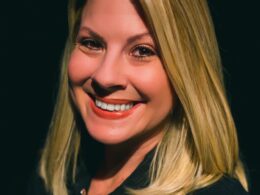 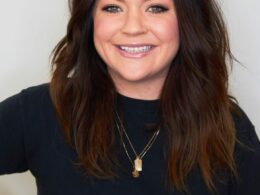 Meet celebrity hairstylist and makeup artist whose work has appeared in publications like Elle, Nylon and Vogue. Her celeb list includes the like of George Clooney, Justin Bieber, Barbara Streisand, Katie Holmes, and many more.
byTyler Hollis