“Sticks and Stones: Words Have Power. Take Yours Back.” Campaign

Hi Holly, tell me a bit of yourself and your background in photography.”

I have been seriously pursuing photography since 2008, but I’ve always been a bit of a shutterbug. In 2011 I moved from small-town Missouri to Phoenix and had been fortunate enough to receive several awards for my photography and have my work published. I specialize in creative portraiture but am experienced with several genres of photography. From weddings, newborns, and family photos to horror/macabre and boudoir photography.

I love being able to show someone a version of themselves they didn’t think was possible. At the end of the day, I strive to create a safe, creative space and empower people who pose for me.

How did the concept of “Sticks and Stones: Words Have Powers Take Yours Back” come from?

As a photographer, I strive to create a safe, creative space. Ironically, the Sticks and Stones project came out of something of an unsafe situation. I had done photos for an absolutely incredible burlesque performer and had shared the images in a networking group for models and photographers.

One of the models in the group attempted to slut-shame my model, something I do not tolerate, so I called her on it, after which she blocked me. I didn’t think much of it and just went about my day. A couple of hours later, a friend of mine sent me a message informing me that this model had dedicated an entire Facebook status to how much of a c**t I am. So, I did the only thing I could think of doing as a creative. I painted that word all over my face, neck, and chest, then did some self-portraits.

The next day I posted the photo and offered a photography special. It was initially only intended to be an April special, but the demand for it went beyond that, and I decided to keep the project ongoing.

How long have you been working on this campaign?

Sticks and Stones kicked off on April 3, 2021, and has since had more than 50 participants.

Have you had any personal experience with cruel stereotypes and bullying in your life?

Absolutely. I can’t really think of anyone who hasn’t experienced being the subject of cruelty in one form or another. Generally, people will take a jab at my physical appearance before anything else. I have firey red hair, I certainly don’t have the “ideal” body type, and it’s not unusual to see me in more alternative clothing. I’m kind of an easy target for many people, but I’ve also developed a thick skin over the years.

Of course, I’m not entirely immune to any sort of negative comment against me, but something I always try to keep in mind is something my father always told me, “If you argue with fools, you become a fool.”

How do you choose individuals to be a part of this campaign? Where can someone reach out?

Sticks and Stones are open to anyone who wants to participate. The shoots are $60 and only take an hour or so of one’s time. People can reach out to me via e-mail or direct message me on Facebook or Instagram. There are very few words off the table, and there’s really no wrong way to go about it. If you want to get angry, get angry. If you’re going to cry, cry. If you’re going to flip off the camera, blow kisses, stick out your tongue, make a funny face, sit there in quiet defiance, it’s all acceptable.

What is the overall goal for this project? Is it ongoing?

I want to create something meaningful. I would love to turn into a national photography campaign and keep it going as long as I can. So far, it’s primarily been done in Phoenix, but I did make a trip to the Kansas City area at the beginning of June and am planning a trip to the Los Angeles area later this summer. I am presently working with the historic Alwun House in downtown Phoenix on doing a solo exhibit later this year. A percentage of all art sales from this show will be a local organization that focuses on mental health and wellness. This project, in many cases, highlights the effect that negative words can have on us and begin to reclaim power over these negative words.

We are here to say, “These words do not define us. These words cannot control us and screw anyone who thinks they can use them against us” The stories of these people are powerful, heartbreaking, and inspiring. They are the reason this series is so successful and seems to resonate so much with others. I’m just the “middle man” they have trusted to tell their stories, and I am more than happy to do it.

What other photography projects are you working on currently?

I don’t presently have anything on the scale of Sticks and Stones at the moment. It has become my pet project. I will occasionally do much smaller projects or a month-long photography special with a theme. For my birthday month this year, I did something called Photography Roulette, where I offered a special price, but whoever booked wouldn’t know what they would be doing for their shoot.

In May, I did a group shoot with seven models from a local women’s networking group that I’m part of called “We Rise.” The models arrived makeup-free, and each model would be the focal point of the image, with the hands from the other models placed on their bodies. The general idea was women uplifting and supporting each other. It’s one of my personal favorites from this year.

Generally speaking, I try to keep myself busy, so there’s really no telling what the future holds. 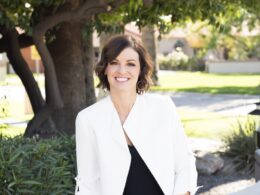 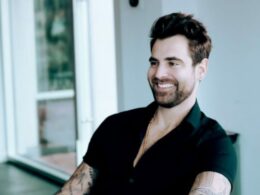 An Interview with Blake Monar of Statum Style Hair Care 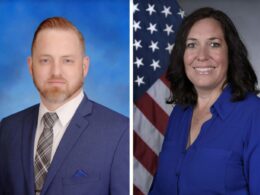 The USO Arizona, a nonprofit dedicated to strengthening America's military families, has appointed a new Board Chair and Board Vice-chair.
byTyler Hollis 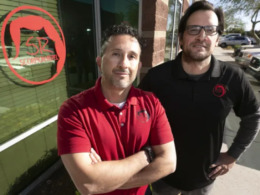 Tony Gonzales and Aaron Gonzales of AVERZION are two Valley fathers who have created a unique way to combat scorpions and other pests.
byTyler Hollis