Be Grateful (Not Hateful) of Your Body

I was once on a dating TV show. It was, like, a kazillion years ago, and basically a galactic nightmare. It was bad enough having a camera in my face during all those awkward first date moments, but that wasn’t the worst part about it. The worst was in the get-to-know you segment when the producer asked me a bunch of questions, one of which was: What’s your best body part? My best body part!?! Not only had I never been asked the question, I’d never given it any thought. I was stumped. Instead of listing off my attributes, I offered to name my worst body part (I had a lot), but the producer shook his head: he wanted the best.

The next part of the story is a long one, but I eventually said: My butt. I was kinda making a joke, but they edited it down so it sounded like I was in fact in love with my behind. I am not. And I was mortified.

Fast forward to last year, and I was out for dinner with some gal pals, three of us in our 30s and one in her 60s. We got gabbing, as girls do, and the conversation turned into a complaint-fest about our body flaws: OMG look, I have crows feet… my butt looks like a dimplefest … Look at how my arm flab jiggles flab when I hold it up like this. We went on and on (and on) while the 60-year-old listened – and then interjected: I used to sound like you girls, but now I appreciate what I’ve still got instead of focusing on my newest wrinkle. You’ve gotta appreciate it before it’s gone.

OMG she was right.

Women are too busy fretting over our fines lines and flabby bits, hating on ourselves for perceived body flaws, when we should be celebrating what we really love about our bodies. That is your task for Thanksgiving. Make a list (mental or on paper) of all the reasons you’re thankful for your body.

I threw out the question on Twitter and got a ton of instant responses – which gives me hope!

Tomorrow I’ll be posting my list: All the reasons I’m thankful for my body. Stay Tuned. And Happy Turkey Day! 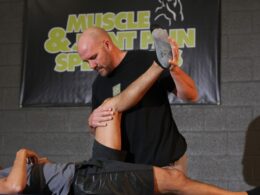 Years of rehabilitation and frustration of chronic pain stumble across all of us throughout our lives. -A…
byChristina Tetreault 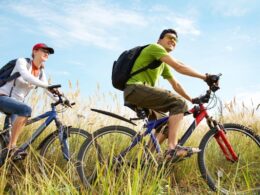 8 Healthy Things To Do in Phoenix This Fall 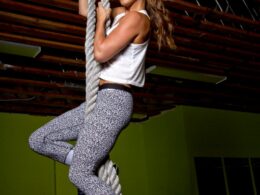 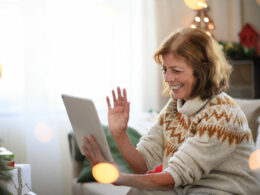 Seniors are more vulnerable than ever due to pandemic-related social isolation and televëda, has a mission to combat this issue.
byTyler Hollis