Why is it that some people just look at food and they seem to gain weight, while others can have extra helpings of everything and don’t seem to put on a pound? Don’t you hate that! The difference could be a revved-up metabolism. Here’s how to rev up yours and learn to love your metabolism:

1. Slow and steady wins the race
Chew on this: Researchers from the University of Rhode Island in Kingston found that women ate an average of 70 fewer calories when they took smaller spoonfuls, put their spoon down between bites and chewed their food thoroughly. The leisurely pace gives your brain time to alert your body that you’re full.

2. Caffeine to the rescue
Caffeine gets more than your morning motor going; it can also give you a slight metabolic boost. Plus, experts say that a little caffeine may up your endurance and stamina during your workouts too – and even boost calorie burning. Just avoid those whip cream-topped concoctions that are loaded with calories. Go with green tea, black coffee or a non-fat latte instead.

3. Don’t exclude exercise
Sure, ideally you want to get the recommended 30 minutes of activity a day, but don’t knock a single exercise session. Squeezing in just one 90-minute workout can boost your body’s fat-burning and improve your metabolic health, according to a study from the University of Michigan.

4. Bet on breakfast
You’ve heard that eating breakfast jumpstarts your metabolism. Well it’s true. According to a study that looked at the National Weight Control Registry, a database of people who’ve lost 30+ pounds for more than a year, breakfast eaters fair better than breakfast skippers when it comes to losing weight.

5. Don’t starve yourself
There’s a reason crash dieters often end up gaining back the weight… and more! Cutting too many calories can slow your metabolism to a snail’s pace. Even worse, this might force your body to consume muscle for energy, which can lower metabolism even more.

6. Hydrate with H2O
Drink up! German researchers found that sipping 6 cups of H2O a day can raise your resting metabolism by 50 calories a day – that’s 5 fewer pounds a year! Just make sure the H20 is chilled. The extra calories could be because of the energy it takes for your body to heat the H2O to body temperature.

8. Get fired up!
Eating spicy foods, especially capsaicin, the compound that gives chili peppers their pep, can turn up your body temperature which turns up your metabolism. A bowl of chili, for example, can temporarily increase metabolism by about 8 percent. Plus, spicing up scrambled eggs, stews, soups and sauces can also aid in satiety. 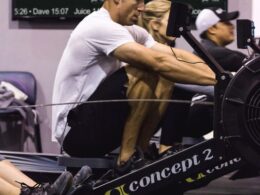 Many take their health and fitness very seriously by hitting the gym with commendable regularity. Many people have even invested in…
byVillage Health Clubs & Spas 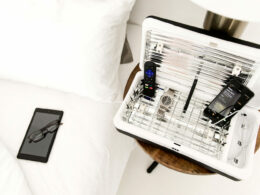 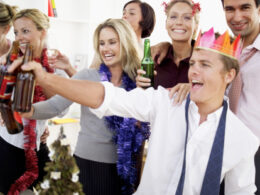 December is the month I most look forward to all year long; I absolutely adore the holiday season.…
byChristina Tetreault 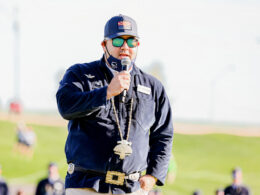