What DJs Were Doing When You Were In Diapers

Dance music may have captivated the youth of America, but the veterans are far from young.

While Skrillex sets his hair on fire, most EDM DJs and fans celebrate their birthdays with friends and dance music. They hang up disco balls, turn down the lights and let loose, says party experts at Shindigz birthday party supplies. Although Skillrex is a superstar DJ at only 25, his birthday appeared to need some help. No one could really imagine suave veterans like David Guetta, Tiesto or the guys of Swedish House Mafia making such an embarrassing move—which got me thinking.

Everyone raves about the young DJ prodigies like Avicii, Zed and Boys Noize. Although, many of the industry’s biggest authorities were playing music before most of their fans were born. Find out just how many birthday parties the fathers of EDM have had with these intriguing facts.

The Milan born Italian DJ/producer shares his birth year, 1967, with Rolling Stone. The magazine is now one of the must influential and respected authorities in the music industry. DJ Benny Benassi is recognized as one of the founders of electro-house. His 2002 mega hit “Satisfaction” has become a dance music classic that the DJ/ producer still loops into his sets.

While most kids of the 80’s and 90’s where watching movies and playing with toys, Steve Angello was DJ’ing. The DJ told Forbes that he started his career at the ripe age of 12, the same year movies like Disney’s “The Lion King,” “Pulp Fiction” and “Dumb and Dumber” hit box offices. Angello is a member of Swedish House Mafia and has worked with nearly every big name in the business. The DJ has produced music for Interscope records and owns Size Matters records.

Born Tijs Verwest, the Breda, Netherlands native started DJ’ing at a club called Sprock when he was 14. That was the same year (1983) that the Musical Instrument Digital Interface was introduced at the first North American Music Manufacturers show in Los Angeles. Raymond Kurzweil, a pioneer in developing the electronic keyboard, predicted that technology would replace traditional instruments in the future and wrote a book titled “The Age of Intelligent Machines.”

David Guetta made His DJ Debut The Same Year The First Red Bull Was Sold.

When David Guetta was 18 he started DJ’ing at the Broad Club in Paris. It wasn’t until 1987 when Guetta heard a “Jackmaster” Funk song on the radio that he was exposed to house music. This was also the same year Red Bull was first sold. Can you imagine a world where vodka and Red Bull was not a beverage choice at a club?

After attending Brigham Young University in Provo, UT, the legendary DJ known as Kaskade served a two year full-time mission for The Church of Jesus Christ of Latter-day Saints in Japan. After his mission, in 1992, he moved to Salt Lake City and operated a local record store, Mechanized Records. This is the same year that AT&T premiered the first video phone, which cost $1,499. Now there are T-Mobile smartphones that play video starting as low as $99.

You Light Up My Life by  Debby Boone Was The Number One Song When Axwell Was Born.

Axwell is the owner of AXMag, Axetone Records and a Member of Swedish House Mafia. When the DJ/producer/entrepreneur was born, “You Light Up My Life” by Debby Boone was the number one song on Billboard’s hot 100 list. How times have changed. 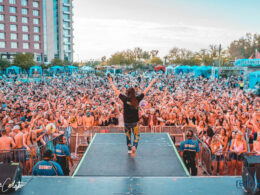 How are you spending your summer days? We'll be splashing our way through the Release Pool Party series, who's remaining lineup just keeps getting better and better.
bySuzanne Koch 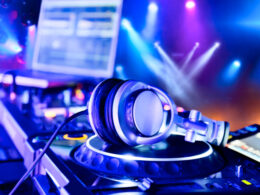 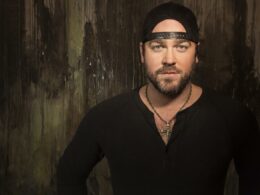 The 7th Annual Weekend Jetaway at W Scottsdale is taking off on Friday, Nov. 9 from 6 to 8 p.m. with a live performance by Lee Brice.
bySuzanne Koch 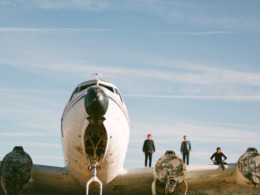 This Century Will Perform Final Hometown Show at The Rebel Lounge

The Rebel Lounge will be home to This Century’s final hometown show this Saturday at 8 pm. They…
bySuzanne Koch