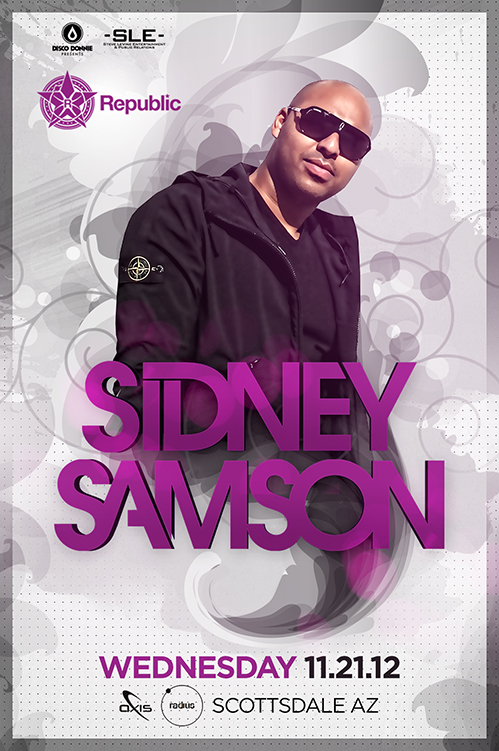 Sidney Samson began DJing at the age of 13, focusing on hip-hop before making the move to electronic dance music (EDM) in 1999. Soon after Samson established himself as resident DJ at one of Holland’s biggest clubs, The Matrixx, and released his first hit in 2003 called “It’s all funked up!”

In 2007, Samson started his own record label named Samsobeats, on which he released one of his biggest tracks to date titled “Riverside” in 2009. The track took charts by storm worldwide and went platinum in Australia, peaking at #10 on the National Singles chart, entered at #2 in the UK, and #1 on the Dutch Top 40. In 2010 he released his second single on his label titled “Shut Up and Let It Go” featuring Lady Bee.

This year Samson produced the Billboard Top 100 hit “Get It Started” for Pitbull and Shakira, and released his track with Black Eyed Peas, Will.i.am titled “Better Than Yesterday” in October. Samson also began his own weekly Rock the Houze radio show on Sirius XM’s Electric Area.

This event is 18 years of age and older.

For more information or to purchase tickets please visit www.sletickets.com.