Dutch DJ/Producer R3hab is one of the hottest names in Electronic Dance Music right now. The highly sought after “dutch house” producer has remixed for artists like Lady Gaga, LMFAO, Calvin Harris, Kaskade and Katy Perry. R3hab will be performing at Axis Radius March 9th, 2013 so we sat down and had a chat with him about what his fans in Arizona can expect at his live performance!

AFM: I’ve seen you live before in Seattle, then again at Paradiso Festival in Washington, and each time I see you perform live I’m even more impressed. What do you have in store for your fans in Arizona at Axis Radius? Are you bringing your MC with you?

R3hab: I have a lot of surprises in store and I don’t wanna let on too much  but it is going to be great! Lot’s of new music, lot’s of visuals and chainsaw madness!!

AFM: Chainsaw madness?! You say that like it’s a good thing…So we’ll just assume it is! In 2012 you won the International Dance Music Award for Best Breakthrough Artist. What was that experience like, and what did it mean to you?

R3hab: It was great! I was really proud and happy because it was my first award ever, so when you win something for the first time it is really special.

AFM: You’re known as one of the originators of Dutch House, a genre that Sidney Samson told us, isn’t a genre at all. He said it’s just “the type of music Chuckie was playing in dutch clubs back in the late 90’s and early 2000’s.” Do you agree with him? Would you describe your sound as ‘Dutch House’?

R3hab: Not really, I would say my music is more Electro Rock ‘n Roll

AFM: You have an awesome radio show on Sirius XM called “I NEED R3HAB.” When, where, and how can fans tune in to listen to it?

AFM: We’ll Be Coming Back (R3hab EDC NYC Remix) was one of my favorite tracks of 2012…but was never officially released…Will it ever see the light of day?

R3hab: It’s not up to me, the record label owns the masters so we have to see what they will do with it. A lot of dj’s been playing it anyway, if you look on the Internet at least you can find it.

R3hab: Yeah, this year is going to be huge: lots of original productions, new remixes, working on my album and I’m going on a tour around the world.

AFM: Thank you so much for taking the time to sit down with us and chat about music! Any final words for you fans in Arizona? 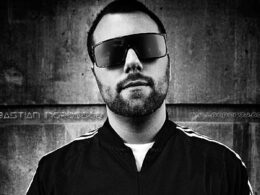 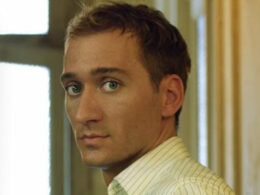 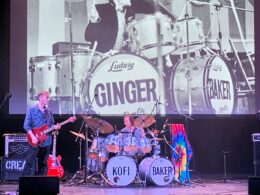 Go backstage with The Music of Cream, made up of Kofi Baker and Will Johns, as they honor the legendary band's album "Disraeli Gears" on their latest tour.
bySuzanne Koch
31 shares
31
0
0 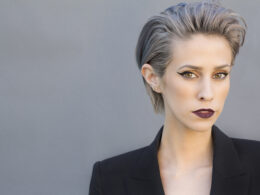