After more than a decade of promoting and booking shows in the Valley of the Sun, Stephen Chilton of Psyko Steve Presents is excited to announce the opening of a brand new music venue: The Rebel Lounge in Phoenix, Arizona.

Located in the same building which once housed Phoenix musical landmark the Mason Jar, which itself was preceded by the fabled Branding Iron bar, The Rebel Lounge boasts a brand new sound system and features a down-to-the-studs remodel and redesigned floor plan, while still honoring a long history of nightlife and music in the historic venue. “Some of the first national artists I ever booked shows for were at the Mason Jar,” says Chilton. “It is great to be bringing a music venue back there.”

Founded in 1979, the Mason Jar quickly established itself as one of the premier clubs in central Phoenix, hosting some of alternative rock’s best on their way to stardom: Rage Against the Machine, Tool, Jane’s Addiction, Green Day, Guns ‘N’ Roses, and Nirvana.

In the early 2000s, the club was revamped and began booking diverse modern rock, indie, and metal bands, hosting The Black Keys, Fall Out Boy, and Jimmy Eat World. It was during this era that Psyko Steve Presents hosted a number of shows at “The Jar,” including shows by Avenge Sevenfold, The Bled, and Greeley Estates.

With The Rebel Lounge, Chilton aims to bring back that spirit of hosting the best new music of all genres. “I have always booked a lot of new music of all types, from punk rock and metal to indie rock and country. Anyone who has paid attention to the shows I have been booking in Phoenix won’t be surprised by what they see at the Rebel. Hopefully people will see something new for the first time that they will fall in love with,” Chilton says.

Since the Mason Jar closed in 2005, the bar has been home to popular clubs Velocity Nightlife and more recently the Anvil, before the Anvil moved to a new location last year. The opening of The Rebel Lounge restores the building’s status as Phoenix’s premier live music destinations.

A number of shows have been announced so far at The Rebel Lounge: Thrice lead singer Dustin Kensrue will perform on Saturday, June 6th to promote his new solo album “Carry The Fire.” Old-school punks GBH and Total Chaos will be there on Tuesday, May 26th after their Punk Rock Bowling sets in Las Vegas. Anti- Records’ William Elliot Whitmore will bring his banjo and a bass drum on Saturday, May 30th. The recently mobile monthly hip-hop night The Blunt Club will make its June stop on Friday, June 12th. Also on the calendar: Agalloch (6/11), This Century and WLF PCK (6/13), Mandolin Orange (6/16), Two Cow Garage (6/29) and The Lonely Biscuits (7/23), plus many more shows to be announced in the coming weeks.

Upcoming shows at The Rebel Lounge: 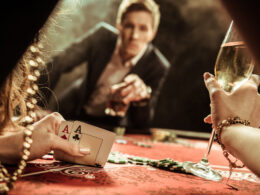 The grand prize winner will receive a $10,000 seat to the World Series of Poker in Las Vegas.
bySuzanne Koch 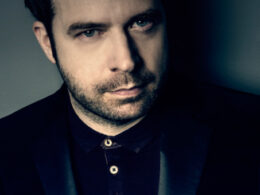 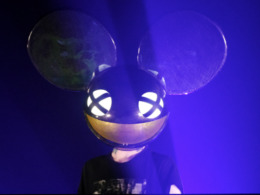 The two-day festival is returning to Rawhide in Chandler, September 29-30.
bySuzanne Koch 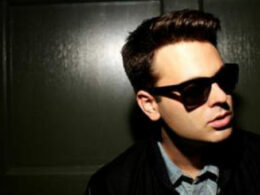 The New York-bred artist, OUTASIGHT is currently supporting his debut album, Nights Like These. Released this past…
byDaniel