Phoenix Theatre, the largest professional regional theatre company in the state, has changed its name to The Phoenix Theatre Company.

The Phoenix Theatre Company is a professional live stage company in the heart of the Central Arts District in downtown Phoenix. It is the state’s leading employer of actors, artists and technicians in theatre.

“As a producing company, we create everything you see on stage right here on our campus — the set, props, lighting, costumes, and sound, as well as the casting, choreography, live music, and directing,” said Michael Barnard, producing artistic director. “Including the word ‘company’ in the theatre’s name exemplifies the proud reflection the organization has of the people who make the establishment great.”

As the first arts organization in Arizona and a founding member of the Central Arts District, The Phoenix Theatre Company will continue its commitment to advancing performing arts in the Valley. Theatre-goers can count on nearly 500 performances each year on multiple stages including both well-known and original pieces of work.

“Changing our name to The Phoenix Theatre Company is the first celebratory act we are taking in preparing to kick off our 100th season, which we are excited to announce in late February.” said Vincent VanVleet, managing director.

Behind the Bar: Angie Engelmann of Omni Montelucia’s Taqueria Centro 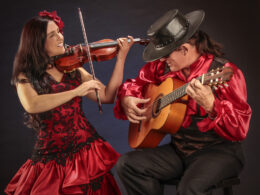 Famed guitarist Esteban and his daughter and violinist Teresa Joy will take the stage at Kazimierz on Saturday, Nov. 2 for a night of eclectic jams.
bySuzanne Koch
1 share
1
0
0 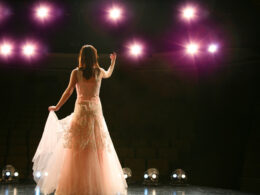 Arizona Opera has announced its lineup for the 2019/2020 Season, including new works, beloved classics, a second world premiere and more.
bySuzanne Koch 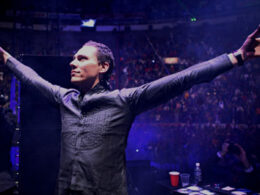