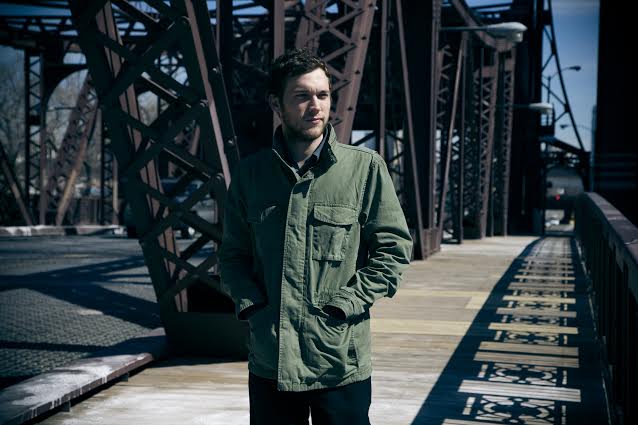 Platinum recording artist and 2012 winner of “America Idol,” Phillip Phillips, headlines the July 3 Independence Day Music Festival at Salt River Fields in Scottsdale. AZFoothills.com spoke to this Southern gentleman to get the insider scoop on life as an internationally recognized artist, American heartthrob and a normal 23-year-old following his passion for music. Phillips will break away from his current tour with O.A.R. to play in the Valley. Along with special guests and the Valley’s Largest Fireworks Show, Phillips will enchant Phoenicians with melodies off of his sophomore album, Behind the Light, which debuted May 2014. Phillip Phillips, fireworks and a night full of music? Well, that sounds like an idyllic Independence Day celebration to me.

AFM: “Home” was the theme of 2012 Summer Olympics/Women’s gymnastics theme song. Were you honored by this?

Phillips: “Definitely, it was a huge honor to have ‘Home’ be a part of something so grand like the Summer Olympics and be the Women’s gymnastics theme song. People after shows would tell me they heard the song play at both events, but I actually never got to hear it. It is pretty amazing how big it became.”

AFM: About 278,000 downloads of “Home” were sold. Did you ever think that this song would make you an internationally recognized artist?

Phillips: “No, I don’t think anyone knew [it would.] It is awesome that it took flight almost instantly after the release and [continues] to do very well. I am truly blessed with my career.”

AFM: How does that feel…just to know that people around the globe are tuning into your music?

Phillips: “Oh, [it feels] awesome. [I played at] the Rock in Rio festival in Rio De Janeiro last September [in front of] an audience of 85,000 people. [They] were singing every word to every song on the album [and it was] an unbelievable feeling. [After that show], I definitely want to go to more places  to play my music.”

AFM: Can you describe how winning Season 11 of American Idol changed your career? Your life?

Phillips: “American Idol was a great stepping stone [for my career] and just a great experience overall. Afterwards, nothing was handed to me, and I did not want [anything handed to me]. I wanted to work hard and I am still working hard for what I want. [As I mentioned,] American Idol was a great stepping stone but what happens afterwards is up to you.”

AFM: Behind the Light your second album just released in May. How long did it take to create?

Phillips: “Start to finish – seven weeks, maybe. I was writing songs year before that, however. Right after the first album debuted, [I began writing again]…always writing. I had a lot of ideas after the summer of last year and sat down to get those ideas [out on paper.] It is a long, working process and a lot of  hard work constantly recording in the studio. You have to pace yourself when it come downs to writing because like anything it is a job, but I love it. I am so proud of the album and I think lyrically it has so much personality.”

AFM: What direction were you going for with this album in comparison to your first?

Phillips: “This album has a more of an artistic sound. It is not just lyrics, but the music plays a key ingredient as well. I made sure I had all the songs written and how I wanted them to play out. The album is really like a band record. I grew up in band and really appreciate that live feeling a live band offers. This album is not all about me because I don’t like being the center of the attention. Behind the Light has a different personality with drum beats. Of course, I am big musical guy but its nice to have others join me to create something great.”

AFM: From your perspective, what are the album’s highlights?

Phillips: “It starts off light, but it has darker feelings as well. I think there are good love moments in it; [music that] unpacks your heart. This album has so many emotions that one experiences in life. It is very universal in that sense; it can be about anything the listener wants it to be about. It gives listeners the freedom to create their own interpretation of the songs, which is definitely a highlight in my eyes.”

AMF: You opened for John Mayer’s tour last year, Born & Raised World Tour – Oct. 2013. How was that experience touring with him?

Phillips: “He is an amazing guitarist and an amazing songwriter. It was incredible to see him play – very inspiration. Being able to sit down and really listen to his songs, hear all the amazing lyrics and melodies…it was a great honor for me.”

AFM: You are now on tour with O.A.R. and we are excited that you are making the trip to Scottsdale, breaking away for a little. For 23-years-old you are one busy guy! How do you do it all?

Phillips: “I am trying take it as it come. It is hard work and more than just getting up on stage and playing songs, there are so many other elements that go into it [special appearances, press releases, interviews.] You have to be in a lot of places at one time, but it is good for you and the label to [do the paperwork side of it.] It is a lot of work but you have to love it, it is all about passion. There are times when it is tough and hectic, but I love what I do and would not change it.”

AFM: What are your thoughts about playing the Salt River Fields Independence Day Music Festival this July 3?

Phillips: “I am very excited! I hope to play an awesome show for you all. I hope to get a little tan [while in town] because I have a weird farmer’s tan, but I will definitely remember my sunscreen!”

AFM: Do you have any Fourth of July traditions with your family?

Phillips: “I was scared to death. There were 85,000 people there – I didn’t know what I was going to do. I thought, ‘I am not as cool as [John Mayer and Bruce Springsteen]; these people won’t even know who I am.’ But the audience sang every word to my songs. It was amazing and my favorite performance [thus far].”

AFM: Lastly, what do you see for your future? New songs underway? Maybe new collaborations with other musicians?

Phillips: “It is always fun to experience new songs and I hope to broaden out a little bit, musically. I wouldn’t do something completely foreign like a rap album…that isn’t me. But I am always growing and always writing.” 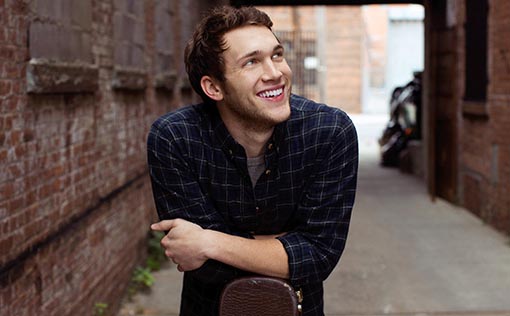