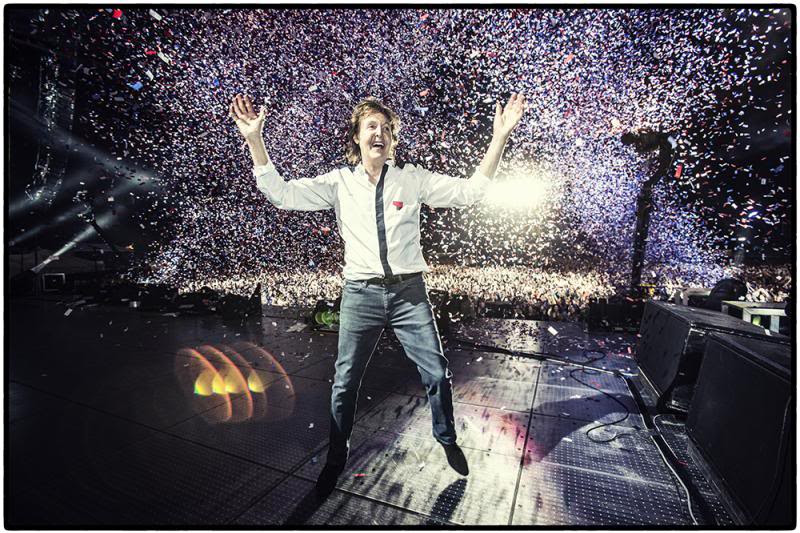 Ex-member of the Beatles and one of the music world’s greatest singers, songwriters and composers of the century, Paul McCartney, is set to go on his “Our There” 2014 tour, a tour which will now be reaching five additional U.S. states.

Among these additional tour destinations will be the Valley’s own US Airways Center in Phoenix on Aug. 12 at 8 p.m. This performance will be McCartney’s first in Arizona since March 2010 for his “Up and Coming” tour.

The Out There tour will feature some of the most beloved songs from the Beatles, along with McCartney’s most popular hits as a solo act.  The set list will also include material from “NEW” his most recent studio album.

Featured below is McCartney singing “Let It Be” in Chile last week.  “Let It Be” is always a crowd favorite during performances.

The Valley is excited to welcome back McCartney to perform his new global hits.  The venue is sure to sell out, so be sure to purchase your ticket quickly!

Tickets will be on sale on Monday, May 5 at 10 a.m. local time.  American Express Card Members can purchase tickets before the general public on Thursday, May 1 at 10 p.m.

For more information on Paul McCartney and all his latest endeavors, visit his website.

#FaceOfFoothills Round 3 Starts TODAY at 12!🌟 L