Out Now: Tritonal – “Bullet That Saved Me” Remixes

Fresh off the release of their Metamorphic I EP, Tritonal have unveiled the remix package to their single, “Bullet That Saved Me” featuring Underdown. Out now exclusively on Beatport, Tritonal have solicited respected producers Sebjak, Ken Loi and IIan Bluestone to put their unique spin on the progressive house vocal track. Tritonal have also included their own Festival Mix, which was heard in their sets at Ultra Music Festival and numerous club gigs on their North American tour. Retaining the vast amount of emotion contained in the vocal of singer Underdown, these two productions maestros have added a new wave of melody-driven energy that provides an extra dimension for hoards of partygoers to go wild to.

Swede Sebjak brings a harder and darker style than the original, with pounding bass and piercing synths conveying that same energy contained in the first cut. In the package’s third remix, US based producer Ken Loi shows off his electro sensibilities as a saw-toothed wave of crunching sound drops in following the melodic build up. Bluestone wraps things up by taking the more progressive leanings from the single and adding a top end of chopped synths to create a fast-flowing new take.

Which remix is your favorite?

The “Bullet That Saved Me” remix package will be released on Enhanced Music exclusively on Beatport on April 29, hitting all other online retailers on May 13.

Purchase the Tritonal ‘Bullet That Saved Me’ Remixes on Beatport 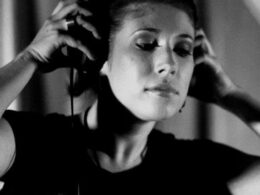 Exclusive Interview With One Of The Hottest Up and Coming DJ’s In The Industry Ms. Sparks

Watching Ms. Sparks (aka Michelle Sparks) DJ to a crowd of club goers is a pretty epic experience.With…
byAmanda Logan

It seems like in the past year, everything we have know about dance music has changed. What used…
byAmanda Logan 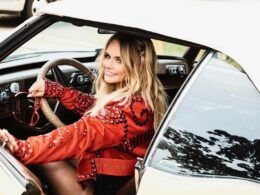 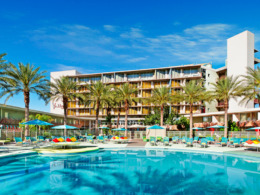 Hotel Valley Ho Is Offering Up a Variety of Poolside Specials