New Year’s Eve by the Numbers

Did you know more than 360 million glasses of sparkling wine are downed on New Year’s Eve? A recent study by WalletHub revealed how and where us Americans pop bottles and celebrate the dawning of a New Year. Keep reading for more fun facts on how we as a country choose to party.

After evaluating 28 elements (from the legality of fireworks to the likelihood of rain, safety, cost, entertainment and more) across the 100 biggest cities in the US, WalletHub determined the best places to spend the last few moments of the year. Snagging the top spots was New York City, Los Angeles and Atlanta. But some hometown cities aren’t too far behind with Tucson ranking No. 29, Scottsdale No. 31, Phoenix No. 47, Chandler No. 58, Gilbert No. 63, Mesa No. 74. and Glendale No. 91.

Even with New York and Atlanta topping the “best” list, travelers want warm weather. Orlando, Anaheim and Honolulu are the three most popular US destinations to travel to for New Year’s Eve. And that says a lot as more than 107 million people will travel at least 30 miles from home for New Year’s celebrations. If you’re one of the 6.4+ million who choose to fly, get ready to shell out $165, the average price for a New Year’s roundtrip flight for the top 40 domestic routes.

The most expensive city to ring in the New Year is by no surprise, New York City. The average cost for a couple to enjoy dinner and a show in the Big Apple on NYE costs a whopping $1,160+. If you opt for the traditional Times Square revelry—which boasts more than 1 billion worldwide TV viewers—a ticket to the bash will cost you $189 and you’ll be joining 1 million other party-goers. You’ll be showered with 1.5 tons of confetti which contributes to the nearly 50 tons of trash left in Times Square that takes workers 12 to 16 hours to cleanup. But it will all be worth it when you see that ball drop, which is covered in 2,688 Waterford Crystal triangles, weighing 11,875 lbs., about the weight of three pickup trucks.

Ringing in the New Year in the Valley? Click here for the hottest parties and celebrations. 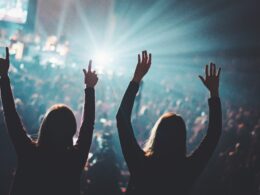 For just $199, music fans can score unlimited lawn access to summer concerts at one of select 29 venues including Ak-Chin Pavilion.
bySuzanne Koch
1 share
1
0
0 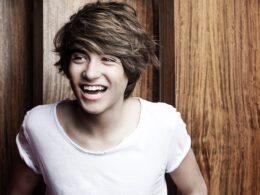 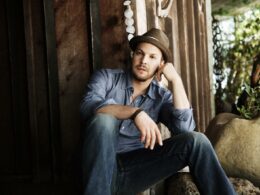 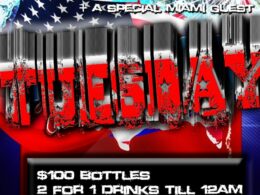 The EDM Community Gives Back On 9/11…