The former building that once housed DeSoto Central Market will soon become Track Club, a reimagined space home to a lounge, nightclub and patio. The new project is the result of a collaboration between Chuckie Duff, a Phoenix developer known for rehabbing and restoring old buildings and Thomas Turner of Relentless Beats, Arizona’s top dance music promoter.

Along with an innovative cocktail program, Track Club will feature three distinct areas including a spacious 12,000-square-foot lounge and nightclub. Additionally, a restaurant and remodeled patio will debut later. Fans of Duff’s other concepts like Cobra Arcade Bar and The Rebel Lounge will enjoy Track Club’s nostalgic vibe and overall feel. Guests can look forward to a detailed concept inspired by the dance culture of history’s iconic nightclubs with an athletic aesthetic.

The ticketed nightclub will host DJs and performers three to four nights a week from a variety of genres ranging from hip-hop and Latin to pop, rock and electronic dance. Lounge guests will be able to enjoy craft cocktails and local music playing from a custom crows nest DJ booth seven nights a week.

“We’re very excited to finally come together with Chuckie and Damon on a project where we can create elevated experiences for our fans. We’ve been searching for the perfect room for this concept, and with the DeSoto we found the perfect vessel to create a home for our fans, Arizona club-goers, and Downtown Phoenix locals alike.”

Beginning with a series of October events, Track Club’s grand opening will culminate with Kaskade and the balaclava-clad mystery man Malaa performing November 9 and 10 respectfully. The first official event to kick things off for Track Club will be a First Friday performance by Gerry Gonza on October 4 followed by What So Not on October 5. There will be additional announcements as performances are added to the roster.

In addition to the tickets lineup in the nightclub, the lounge and patio will be open Tuesday through Sunday, 4 p.m. to 2 a.m., with local DJs every night with no cover.

Track Club is currently under construction and slated to open in two phases beginning this fall with the lounge and nightclub. The remodeled patio and restaurant will open in the following months.

General Admission tickets for all events will go on sale Friday, September 13th at 10 a.m. and can be purchased at trackclubphx.com. 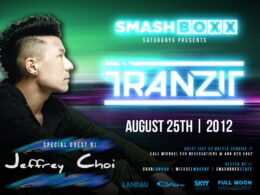 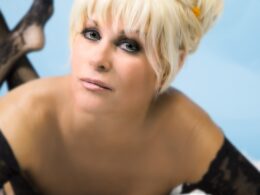 Get Your Tickets to The Country Unplugged Tour 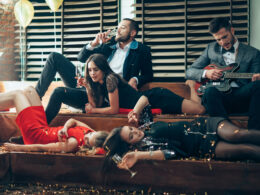 Chic Fête: Where to Host Your Holiday Party

Whether you’re looking to plan a company party, family dinner, or just a festive get together with friends, these Valley outlets offer something for everyone, with all the jingle bells and whistles to go along.
bySuzanne Koch 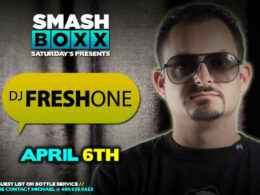 Head to Smashboxx this Saturday, April 6th for one of the top open format DJ’s in the game, DJ…
byDaniel