Home News Maya Gives Us Another Reason to Party
ShareTweet 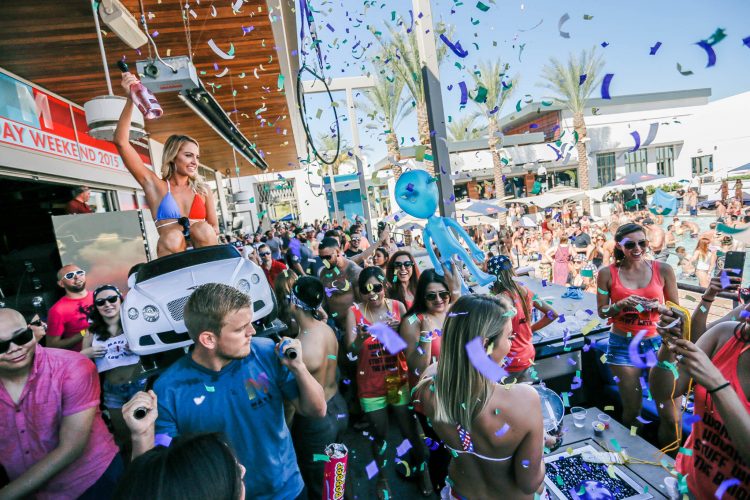 As the heat of the Valley rises, pool parties are becoming a weekend necessity and just three years ago, Scottsdale’s top pool party destination opened its doors and quickly became the go-to spot for day drinking, bikini-strutting and partying with some of the world’s top DJs. This year, Maya Day + Nightclub is celebrating the beginning of its fourth pool party season. Since its opening in 2013, the club has racked up an impressive amount of awards like being named No. 69 on Nightclub and Bar’s “Top 100 Clubs” in 2014, a mere 10 months after opening, and also being named “Best New Nightclub” in 2013 and “Best Nightclub” in 2014 by Phoenix New Times. 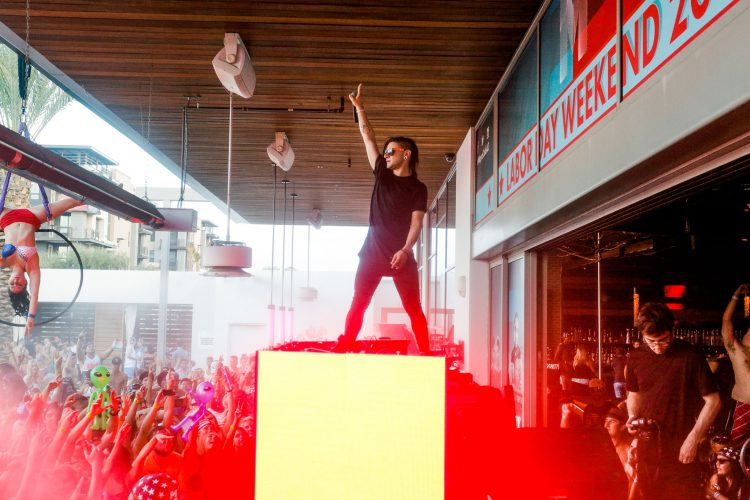 Like its lineup of awards, the club can boast an equally killer roster of top-name musical artists and entertainment personalities. In fact, Maya celebrated its grand opening in 2013 with world-renowed DJ, Calvin Harris. Not long after, Maya hosted the official Phoenix Open after party where Steve Aoki headlined (and later came back for Memorial Day weekend). And in 2015 a stellar lineup of Big Sean, Tïesto, Kaskade and The Weeknd all were included in Super Bowl XLIX weekend parties at the club. Other big names to take the stage at Maya include David Guetta, Skrillex, Diplo, Trey Songz, Fatman Scoop, Lil Jon, Bone Thugs-N-Harmony, Sean Paul, Duke Dumont, Oliver Heldens, The Chainsmokers and many more. 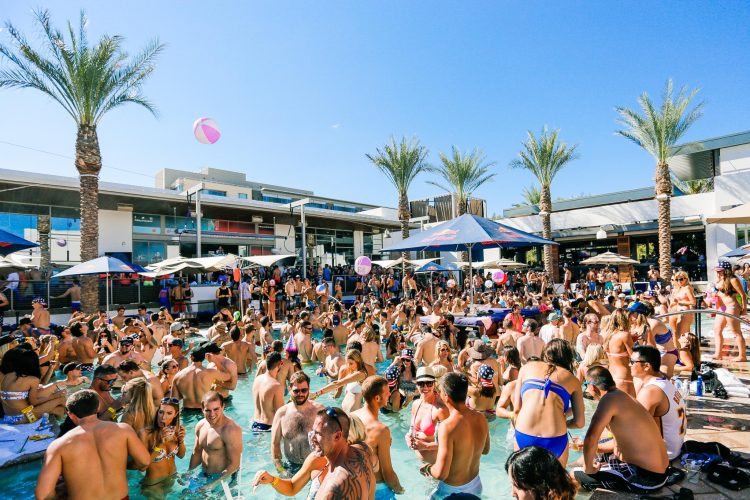 Named after the ancient deity that manifests and perpetuates illusion and dreams, Maya boasts a 9,700-square-foot indoor bar and a 17,600-square-foot outdoor pool and patio area. The outdoor space is complete with daybeds, lounges, and private and VIP cabanas, all making for the ideal spot to enjoy some of Maya’s most exciting pool parties. Its Sound Wave pool party series takes place every Sunday for six months of the year and features acts like Nervo, Benni Benassi, Headhunterz and more. It also hosts its Soaked pool party series.

To properly celebrate yet another summer of raucous day parties, Maya is already filling up its events calendar. Click here to see the upcoming artists or head out to Maya this weekend for Drezo on Friday (May 6) and Ma$e (May 7).