Although the scene has been rapidly developing over the past few years in Phoenix, it’s never really been known as a hot bed for Electronic Dance Music talent. What was once merely a connecting flight between Denver’s Legendary Beta Night club and Las Vegas, Phoenix can now hold claim to the title of helping develop America’s #1 DJ of 2012, Markus Schulz.

Schulz, who lived in the Valley from 1989 to 2001, held a 7-year residency at The Works in Scottsdale and continued to hone his craft spinning at clubs like Freedom in Tempe as well as DJing on popular Local EDM Radio Stations. A lesser known fun fact about Markus is his Alias ‘Dakota,’ a name under which he has released two separate albums, was inspired by a street found here locally in Phoenix. We took some time to sit down with Markus and talk about his time here in Phoenix, What is meant to him to be voted the #1 DJ in America, and his new 2 Disc compilation title Markus Schulz World Tour – Best of 2012. Enjoy!

AFM: You were born in Germany before immigrating to the US at age 13. Tell us about the time you spent here in Phoenix and how it helped develop your passion for EDM as well as the affects that it had on your sound?

Markus: Well you know, I always say my time in Phoenix was the earliest foundation point for what became the Markus Schulz sound. That was where I got to experiment with that whole melting pot of house, trance, techno and other genres during my residency at The Works in Scottsdale. I span there for seven years, from ’92 through to ’99 and at that time there was a lot less classification and tribalism in the EDM scene. As such it allowed for more freedom in the sounds you put out there. When you experience that kind of dancefloor nature it takes the passion you already have for it and amplifies countless times.

Before I started The Works residency though, I was better known for remixing Top 40 acts, and my time playing there helped me transition from the Top 40 and gay clubs onto the rave scene. One of the things I am most grateful for is that across my travels worldwide I come across so many people who come up to me and say “I used to dance all night to you in The Works!” That exemplifies the family atmosphere of the scene in the area. Along with my Brixton, London era, Phoenix was the making of Markus Schulz the musician and the DJ.

AFM: You were actually just back in Phoenix this past October as part of the ‘Scream’ Album Tour. What is it like for you now to come back and play shows in the city where your music career really started to take off?

Markus: It is always amazing to be back playing nights in Arizona. I’d be lying if I said it didn’t put me in a nostalgic frame of mind. Have to say though that doesn’t ever ‘translate’ when I’m behind the decks. There it’s all about putting the music of the moment through the speakers. That currently means the latest cuts from my Coldharbour label and a whole lotta ‘Scream’!

AFM: Do you plan special sets for the fans? Or just bring extra energy?

Markus: I feel that every set is a special set. There is though a slightly different vibe and buzz when I play in AZ. I think that has to be down to the time I spent here. The Sound Kitchen is a great club and the gig there back in October was a really cool. To me it’s as enjoyable to play an intimate gig like that (where the crowd is right up close and personal), as it is to spin in front of tens of thousands at any major festival.

AFM: The culmination of a lot of hard work paid off for you this year when the readers of DJ Times voted you America’s #1 DJ of 2012. What does the award mean to you, to be recognized and chosen by the fans here in the US, and of course, how did you celebrate?

Markus: It’s always nice to win things and perhaps even sweeter when it’s on home turf. I had my folks with me at the awards party in Las Vegas, which was great for all of us – a really special moment. You do need to keep things like winning awards in moderation though. I don’t wake up mornings thinking about having won America’s Best DJ. What I wake up thinking about is ‘where am I’,  ‘where can I get a good cup of tea’, ‘what time’s the flight’ and what am I going to play tonight to make absolutely damn certain the venue gets rocked!

As for celebrating it, I did what makes me feel good… and that’s DJing!

AFM: You seem so be producing and releasing new music at an ever-increasing rate. Most recently you released Markus Schulz World Tour – Best of 2012. How did you select the tracks, as there were so many amazing tunes in 2012?

Markus: It was tough. No two ways about it. The album has a unique angle that makes it even harder than a regular compile-and-mix release. ‘World Tour – Best of 2012’ is me working together tracks that have been recorded live as different gigs around the world over the course of the year. So in terms of listening experience, it’s not like anything else out there. So say on one track you’re hearing the sounds and shouts of clubbers at Mandarine in Buenos Aires, the next crowd-feedback from Privilege, Ibiza, the next whooping and cheering from the Metro in Sydney. So it all evolves into this intense, kinda atmospherically kaleidoscopic mix! That puts extra pressure on doing the mix as not only do you have to pick the best tracks of the year, you also have to mix the live recordings of them and get that crucial representative ‘all-around-the-world’ club-by-club feel. We did give this edition a tweak over the Best of World Tour CD in 2009. The second disc is a straight 80-minute cut from my solo set at Ruby Skye in San Francisco (a couple of weeks after Sound Kitchen). The nice thing about having both is that Disc 1 is very much all the big highlights of the year, and Disc 2 has a lot of exclusive unreleased material, which is only starting to blow up in my live sets now. So it feels like a Best-of and a mini-City compilation combined!

AFM: Amazing, we can’t wait to hear it! Any final words for your fans in Arizona?

Markus: Guys, 2013’s a whole new year! I’m looking forward to seeing you all out there on the floor, showing the world how AZ clubs it better than the rest!

AFM: You’ve been one of the most dominant DJ/producers in the electronic music scene for quite sometime and have the all of the awards to prove it. Thank you so much for taking the time to talk with us today, we are truly honored, and already looking forward to the next album, cheers! 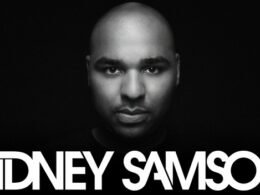 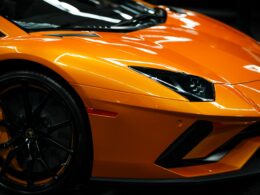 Keep the party going long after the final whip has been auctioned off.
bySuzanne Koch
16 shares
14
0
2 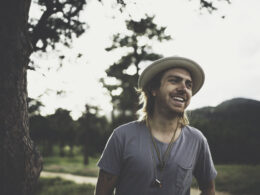 Arnel Pineda, lead singer of Journey, will star in a concert benefiting Project J.O.Y., a new Arizona-based non profit organization co-founded by Jenny Ho-Vijungco who we had the chance to interview.
bySuzanne Koch
1 share
1
0
0