Festival fans and local foodies rejoice. Lost Lake Festival is bringing the best of the musical and culinary world to one place on October 20-22 at Steele Indian School Park. From the co-creators of Bonnaroo and Outside Lands, the Valley’s newest festival has recently announced its daily lineup (with some new artist additions!) along with its mouthwatering culinary line up featuring some of Phoenix’s best eats and drinks.

The three-day festival from Superfly will showcase more than 40 musical acts and artists with star-studded headliners including Chance The Rapper, The Killers, Major Lazer, Odesza, The Roots, Run The Jewels, Pixies, HAIM and Huey Lewis & The News. Recent additions include Dreamcar, a new supergroup featuring No Doubt’s Tom Dumont, Tony Kanal, Adrian Young and AFI’s frontman Davey Havok. Additional new acts include The Dap-Kings, Poolside, Striking Matches, and local bands Fayuca and Trinidad Cardona. Guests can also look forward to SuperJam, a once-in-a-lifetime collaboration featuring a curated group of artists and musicians including The Dap-Kings and more. Check out the full daily lineup below.

To create a culinary experience that’s just as out-of-this-world as the musical lineup, the festival called on local favorite and James Beard award-winning chef and author, Chris Bianco of Pizzeria Bianco to curate the best-of-the-best local bites from all over the Valley. The result is Phoenix Flavors, a mecca of Phoenix’s food scene which will highlight more than 25 local chefs and outlets, from food trucks to restaurant staples and more. The lineup includes a variety of eats like Casa Anejo, Clever Koi, Ocotillo, Kaleidoscope Juice, Pokitrition, Pizzeria Bianco and many more.

Wash all the local flavor down at the festival’s Brewpark where guests can guzzle brews from more than a dozen breweries including locals like SanTan Brewing Co., Phoenix Ale Brewery and Huss Ale Brewing Co. in addition to nearby faves from San Diego, Denver and more. For those craving a more southwestern spirit, the Nectar of the Gods will offer patrons a variety of tequila- and mezcal-based cocktails along with tasting flights of añejo, reposado, blanco and mezcal. And for a unique spin on BBQ The Lava Pit will serve up smoky decadence from Starlite and Tom’s BBQ on an active volcano.

“I’m excited by Lost Lake’s dedication to making this event a reflection of the Phoenix culture and community, including our local culinary scene. We invited some truly special people from our part of the world to keep you well nourished, hydrated and happy,” said Bianco. “My philosophy is that food is a shared experience, and that’s what we wanted to create with Phoenix Flavors, a space where festival-goers can come together to enjoy a taste of the Valley just as much as they enjoy the music.” 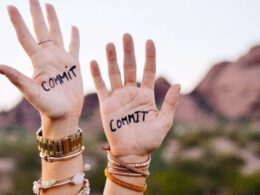 Commit To a Night Out

Nothing beats a fun night out while benefiting a great cause. This Friday, Boondocks in Old Town Scottsdale…
bySuzanne Koch 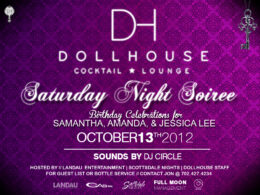 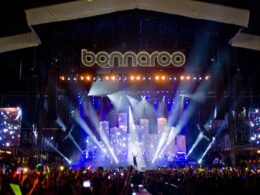 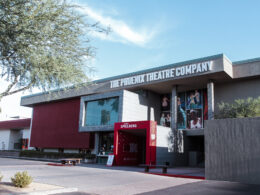