The Entertainment of Final Four Weekend

The road to Phoenix not only leads to a showdown between two of the nation’s top basketball programs but also to a slew of music, entertainment and fan frenzy. Whether you’re 20 people deep at a free concert downtown or court side at the final game, there’s more than enough to do.

With the University of Phoenix Stadium serving as the location for the final three games, it’s no surprise that ESPN is setting up shop at Westgate Entertainment District. From April 1 to April 3, approximately 8 a.m. to 8 p.m., ESPN will be live at Fountain Park where guests can see their favorite ESPN hosts in action. The district also is home to more than 20 restaurants and bars, along with three Just Sports locations for last minute fan gear.

For the ultimate entertainment experience, Margaret T. Hance Park in Downtown Phoenix will play host to March Madness Music Festival, a free outdoor music festival the weekend of the championship game that will include free concerts from some of today’s top artists, entertainment, food and more.

To keep the party going—whether it’s celebrating a win or coping with a loss—head to Maya Day & Nightclub, one of Old Town Scottsdale’s most popular clubs whose hosting top entertainment the weekend of the big game. On Friday night, Chuckie, an electro house and dutch DJ will hit the stage while Busta Rhymes will take over on Saturday night. On Sunday, get ready to day rage by the pool with Zedd, the Grammy award-winning DJ and producer known for his hit “Clarity.” 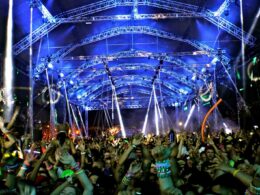 The Best Places to Party for Halloween

So you’re looking for somewhere to party this Halloween? Here are the TOP 5 parties to be at……
byAmanda Logan
Read More

Behind the Bar: Aneka Otte of Clever Koi and Across the Pond

Go behind the bar with Aneka, a bartender at Clever Koi and Across the Pond.
bySuzanne Koch 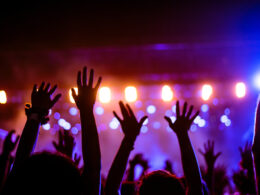 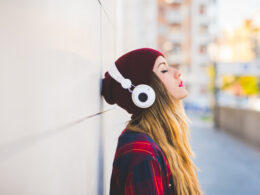 Whether you're looking to wind down and relax or jump up and dance, these local businesses and venues are offering virtually streamed concerts, curated playlists and inspiring music to keep you moving from home.
bySuzanne Koch