Whether you’re swinging at piñatas or throwing back tequila, there’s plenty of ways to get your fiesta on this Cinco de Mayo. From poolside parties and cultural festivities in downtown Phoenix to barhopping your way through Scottsdale and hanging out with celebs, here’s 10 places where you can party like there’s no mañana.

Join Mario Lopez for the first ever Scottsdale Cinco de Mario. Located at the Scottsdale Civic Center Plaza from 11 a.m. to 6 p.m., the fiesta will be hosted by Experience Scottsdale and The City of Scottsdale and will have a fun party-like atmosphere with traditional Mexican elements, live entertainment, food and drinks from participating vendors, mariachis, an authentic Mercado, a kid’s craft zone and more. There will even be a Saved by the Bell look-a-like contest, hosted by AC Slater himself. The winner will receive a pair of tickets to The Ellen Show in Los Angeles. Fill up on traditional treats like horchata ,aqua fresca, Sonoran dogs and tamales or head to the craft beer cantina for tastings, lawn games and more.

Crawl your way through Cinco de Mayo with the Old Town Scottsdale Bar Crawl. Make your way to Whiskey Row, El Hefe, Goodwood Tavern, Old Town Gringos, Wasted Grain and more. Tickets include admission plus three penny-drink vouchers to use. The crawl schedule will be announced the afternoon of May 4, so keep a look out.

Talking Stick Resort is kicking off their summer Release pool party series on May 5 with Deorro. The L.A. native DJ who’s known for his collabs and remixes with big names like Steve Aoki, Axwell, Krewella and R3hab, will take over the pool at Talking Stick Resort for the day. Doors open at noon.

Kick back amidst the colorful hues of The Saguaro Scottsdale as they host their Cinco de Saguaro pool party bash. From 12 to 6 p.m. on May 5, join the hot hotel for music from Arizona’s DJ talent while indulging in food and drink specials that include $12 Hornitos margaritas, $10 Micheladas and three for $7 tacos.

The hottest spot for pool parties is getting the south-of-the-border treatment this Cinco as Don Julio Tequila takes over the OH Pool at Hotel Valley Ho. Sip on $8 featured cocktails while DJ pulse spins beats from 1:30 to 5:30 p.m. Make sure to arrive early, the first 50 guests will receive FREE tacos (yes, we said free). Book now to reserve your room (and access to the party).

This Cinco de Mayo, both Sandbar Mexican Grill locations are celebrating with all the delicious fixings all day from 11 a.m. to 2 a.m. Sandbar Chandler will feature performances by the Hourglass Cats, the Black Moods and DJ Jeff Metcalf while Sandbar Desert Ridge hosts Sassy & the Sneak Attact, Elvis Before Noon and DJ Pulse.

Party all day with Riot Hospitality Group as they host their annual Cinco de Mayo block party on Mill Ave. Join El Hefe and Whiskey Row for a massive party that will feature local DJs spinning top 40’s and hip hop, fun décor, surprises for guests and drink specials that include Dos XX and Hornitos Tequila. There will also be a water pong tournament with a $1,000 cash prize. Call to sign up.

Channel your inner Desperado this year at Whiskey Row in Old Town Scottsdale. The bar will feature Dos XX, Tecate and Don Julio specials all day plus feature music from three of the best country DJs in Arizona. The Gilbert location is also hosting a Desperado party with live bands from 2 to 10 p.m.

For a more low-key way of celebrating, head to Blanco where you can fill up on specials from 5 to 7 p.m. Enticing deals include $5 Azunia shots, $6 Azunia Classic Margaritas and $20 Modelo buckets. Other fun features include themed props for photos, an Azunia swag giveaway and an ice luge. The party is happening at the Biltmore Fashion Park and The Borgata.

Top off Cinco de Mayo weekend by heading downtown on May 6 for an all-day party. From 12 to 10 p.m. Downtown Phoenix will host an array of things to see and do. Catch Lucha matches, enter to win prizes and vacations and enjoy an array of live performances. And don’t miss the food; award-winning tacos, BBQ, snacks and desserts are just a few of the treats you can expect to fill up on. 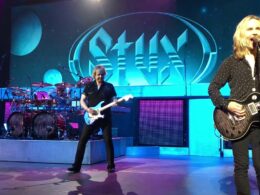 Concerts and shows for the week of January 7.
bySuzanne Koch
54 shares
54
0
0 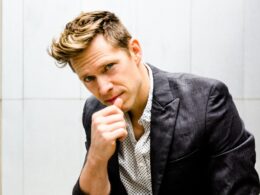 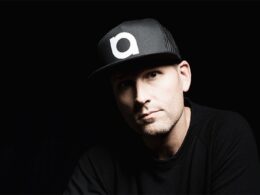 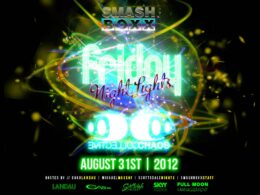